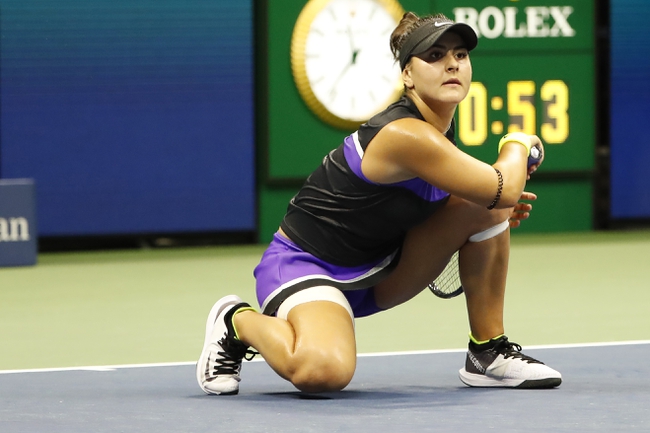 In the 2019 WTA China Open, Naomi Osaka is set to play against Bianca Andreescu.

Naomi Osaka has been playing well in this tournament and she showed her class in the previous round where she defeated Alison Riske. It was a dominant performance as Osaka won in straight sets while only losing 4 games. During the victory, Osaka impressed with her receiving as she won 56% of her return points which allowed her to break her opponent’s serve on 5 occasions. The serving was also solid from Osaka as she managed to win 88% of her service games. It has been a strong few weeks for Naomi Osaka as she recently won the Japan Open. That being said, this is expected to be a challenging match as Andreescu is an outstanding player.

Looking at Bianca Andreescu, the Canadian superstar has continued her outstanding run of form as she defeated Jennifer Brady in straight sets. It was a comfortable win for Andreescu as she won all of her service games and 4 return games. The serving was especially impressive as she won close to 70% of her service points. It has been an amazing few months for Bianca Andreescu as she has not lost a match since the end of the French Open. As it currently stands, Andreescu is on a 16-match winning streak. This streak has included wins over elite players like Serena Williams, Kiki Bertens and Karolina Pliskova. Consider her recent form, it is hard to see someone stopping Bianca Andreescu.

This will be the first time that Bianca Andreescu and Naomi Osaka will be playing each other at a WTA event.

This should be an exceptional tennis match since Osaka and Andreescu are both elite players and both have been in stunning form. I am going to pick Bianca Andreescu to win this match. Andreescu has been in supreme form and she seems to have all the momentum in women’s tennis having almost beaten every elite player. I am expecting Osaka to be a massive challenge but I don’t see the Japanese superstar having enough to stop Andreescu.