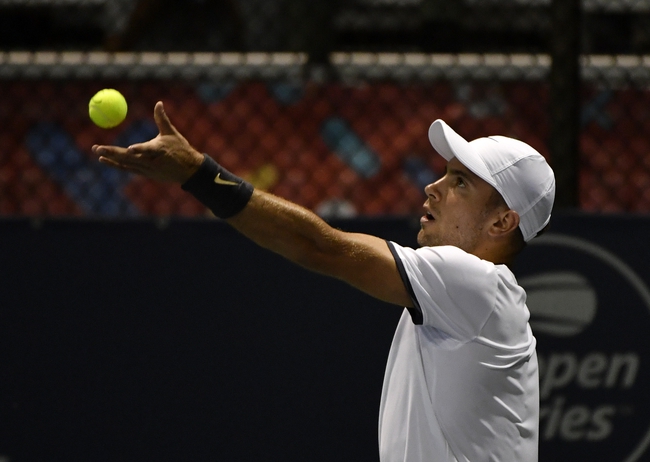 At the 2019 Davis Cup Finals in Madrid, Borna Coric (Croatia) is set to play against Karen Khachanov from Russia.

Karen Khachanov enters this match in terrible form having failed at his previous few tournaments. Karen Khachanov lost his ranking points from the Paris Masters as he failed to defend his title by being eliminated in the opening round. Since the US Open, Karen Khachanov has looked inconsistent as he only made the quarterfinal of 1 tournament. Khachanov is an extremely talented player but he has not been playing at his best in recent months. With the season drawing to a close, it is going to be tough for Karen Khachanov to regain his top form.

Similar to Khachanov, Borna Coric has also been struggling in recent months. Borna Coric made the final of the St Petersburg Open but since the conclusion of the tournament, the Croatian superstar has only won 1 match. Injuries have been constant for Coric throughout the 2019 season and that has prevented him from gaining any momentum. Coric last played at the Paris Masters where he was eliminated in the opening round by Fernando Verdasco. This is expected to be a tough tournament for Borna Coric as he has not won a match since the end of September.

Borna Coric and Karen Khachanov have played each other twice in the past with Coric winning on both occasions. The most recent match between these two players was in 2017 at the ATP Next Gen Finals where Coric won in 5 sets.

Taking everything into consideration, I am going to pick Borna Coric to win this match. Coric and Khachanov have both been struggling and neither look in good form. That being said, Coric has an outstanding head-to-head record against Khachanov and I see the Croatian finding a way to defeat a favorable opponent.