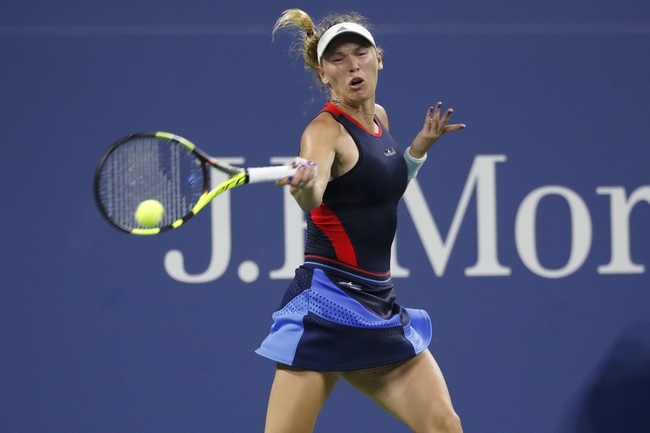 Caroline Wozniacki was very impressive in the previous round as she won her match in straight sets. During the win, Caroline Wozniacki impressed with her receiving as she managed to win 56% of her receiving points which allowed her to break her opponent’s serve on 7 occasions. 2019 has been a tough season for Caroline Wozniacki as she has struggled with injuries but returning to Beijing seems to have given the Danish superstar a boost. Wozniacki in the reigning champion at the China Open so she seems to enjoy playing tennis at this event.

On the other side of the coin, Daria Kasatkina also won her previous match in straight sets. Similar to Wozniacki, Kasatkina impressed with her receiving as she won over 60% of her return points. Daria Kasatkina broke her opponent’s serve on 7 occasions which was vital in ensuring she controlled the match. It has been a good tournament for Daria Kasatkina as she has won all her matches in straight sets which includes a win over Aryna Sabalenka in the second round. Despite her form, Daria Kasatkina is expected to be challenged in this match since she is playing against an elite opponent.

Daria Kasatkina and Caroline Woznaicki have played each other 3 times in the past. Kasatkina has won on 2 occasions while Wozniacki has won once. The most recent match between these two players was in 2018 at the Indian Wells Masters where Daria Kasatkina won in straight sets.