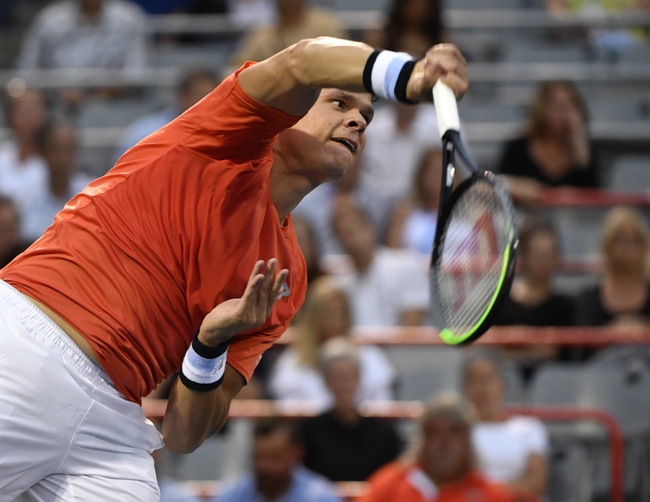 Milos Raonic meets Cedrik-Marcel Stebe in the second-round of the 2020 Delray Beach Open.

Milos Raonic was incredibly dominant in his first-round encounter against Istomin, beating him in straight sets. Raonic looks to be motivated to win the tournament, especially now that he is the highest ranked player left in the tournament. Raonic has the power both through his serve and his forehand to beat anyone in the game, however, he has struggled in the last week to find the form he had in Australia. Raonic showed us some great tennis today and he will take a lot of confidence from that. Raonic will now meet Cedrik-Marcel Stebe in the second-round as he looks to book his spot in the quarterfinals.

Cedrik-Marcel Stebe beat Bernard Tomic in three sets to book his spot in the second-round. Stebe was really lucky to meet Tomic in the first-round because Tomic is a player who really does not care about winning anymore. All that matters to Tomic is counting the money he receives just to show up at these tournaments. Stebe will not have to highly increase his level if he wants to book his spot in the quarterfinals as he meets Milos Raonic in the second-round.

This will be the first meeting between both players, and unfortunately for Stebe, this will be a straight forward Raonic victory. Raonic has a tough week last week, but he seems to have found some confidence again after today's victory. Raonic will want to win the tournament as he is the best player in the player pool here. Raonic will dominate this encounter.