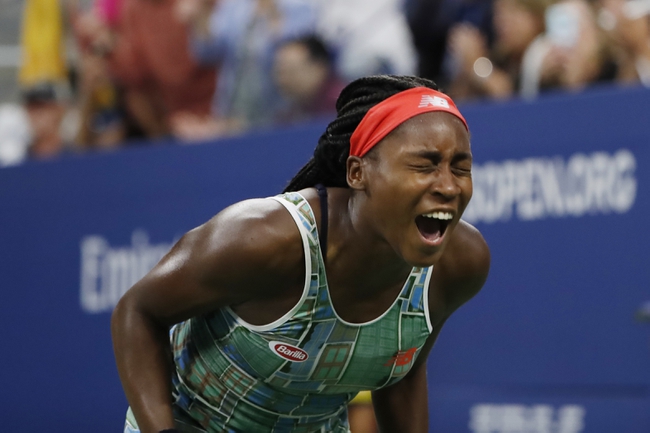 Coco Gauff and Timea Babos meet in the second round of the 2019 tennis US Open..

Coco Gauff is coming off a three sets win over Anastasia Potapova that took 27 games to decide. In the victory, Gauff won 73 percent of her first serve points and 27 percent of her second serve points. Gauff won 56 percent of her total service points and converted on seven of her 19 break points. Gauff got 63 percent of her first serves in play, and she hit 11 double faults and 42 unforced errors. Gauff obviously has to play cleaner tennis if she hopes to win more matches in this tournament, but her resilience for being 15 years old is rather impressive. Gauff is far more mentally tough than she should be for her age. Gauff looks to make the third round of a grand slam for the second time in her career. Gauff has won three of her last four matches on hard court.

Timea Babos is coming off a one set win over Carla Suarez-Navarro that took eight games to decide. In the victory, Babos won 70 percent of her first serve points and 36 percent of her second serve points. Babos won 57 percent of her total service points and converted on three of her seven break points. Babos got 62 percent of her first serves in play and saved three of her four break points while hitting seven aces. Babos also had to play just 46 minutes due to Navaro returning after the first set. Babos hopes to make the third round of a grand slam for the second time in her career and first time since the 2016 US Open. Babos has won seven of her last eight matches on hard court.

Babos obviously has the experience advantage, and she’s a crafty player due to her doubles background, so she’s going to be a completely different test for Gauff than her first opponent. With that said, Babos has never lit the world on fire in singles play and has little to no success on the grand slam stage. Gauff should be able to sink her teeth in this match much earlier than her previous one, and the crowd once again will play a key role.

Gauff makes the third round in New York.