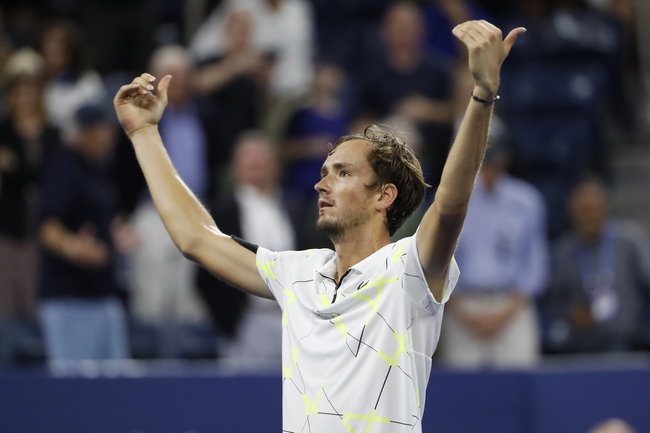 World No.5, Daniil Medvedev, meets rising star, Jannik Sinner in the second-round of the 2020 Marseille Open.

Daniil Medvedev had a shocking defeat in the first-round of Rotterdam last week, losing to Vasek Pospisil in straight sets. Medvedev did not seem concentrated throughout the important moments in the match and in the end this cost him. Medvedev is an incredible player, but he has not found the form which brought him to the US Open Final last year. As I always say, out of the young guys, Medvedev is the one with the most potential in my opinion. He is an incredible player and his game is so unorthodox that it is hard to predict how he will play, allowing him to already have an advantage over his opponents. Medvedev will want to play better here in Marseille but he is going to face a very tough opponent in his first match.

Jannik Sinner beat Norbert Gombos in straight sets and played incredibly well when he had some pressure on him. In the first set, Sinner was dominating, he was dictating play, and he seemed like he was just cruising. However, in the second set things changed. Gombos was playing with more freedom as he had nothing to lose and Sinner was feeling the pressure as he did not want to lose the set. Sinner was able to fend off multiple break opportunities for Gombos and made it to the tiebreak. In the tiebreak, Sinner was down 5-1, with Gombos having a serve left. After this, Sinner just completely changed the complexity of the set, he put his foot down and won 6 points in a row and stole the match! Sinner is a great player and he is so young, it will be interesting to see if he can fulfil his potential, but at the moment he is exceeding it.

This will be the first meeting between both players, and it will be a tough match for both. Sinner can cause Medvedev some issues, but I do not see Medvedev losing two matches in a row and especially to Sinner who is much lower ranked than him. Sinner can keep it tight, but eventually Medvedev will win it.