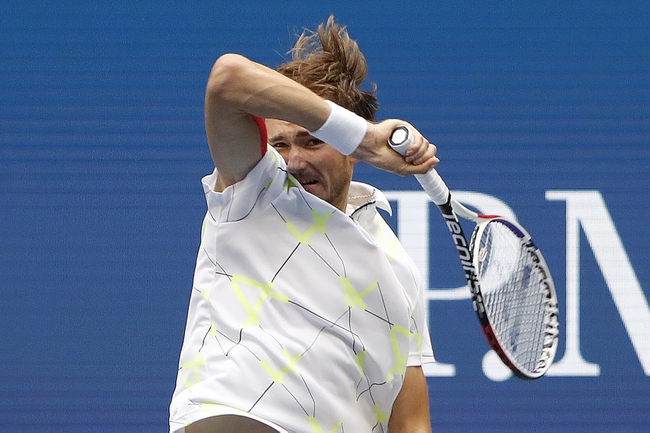 Daniil Medvedev (Russia) is set to play at the 2019 Davis Cup Finals in Madrid, Spain. Medvedev will play his first match against Marin Cilic from Croatia.

Daniil Medvedev has had an outstanding season with an incredible run following Wimbledon. Since the conclusion of Wimbledon, Daniil Medvedev won the Cincinnati Masters, Shanghai Masters and St Petersburg Open. In addition to that, Medvedev also made the final of the US Open and the Rogers Cup. Unfortunately for Medvedev, the Russian failed at the Paris Masters and ATP Finals. Despite those results, Medvedev will still feel like he is in good form and will be hoping to make a big impact at this tournament.

On the other side of the coin, Marin Cilic has had a poor season. Cilic has struggled with injury throughout the season and it has resulted in the Croatian dropping down the rankings. Marin Cilic last played at the Paris Masters but was eliminated in the second round by Stan Wawrinka. Marin Cilic has had some decent runs at tournaments since the conclusion of the US Open but the Croatian superstar has struggled against strong opponents and that has resulted in him failing to produce big results. This is expected to be a very tough match for Marin Cilic as he is playing an outstanding opponent in Daniil Medvedev.

Daniil Medvedev and Marin Cilic have played each other once in the past. The match was played earlier in the season at the Citi Open where Daniil Medvedev won in straight sets.