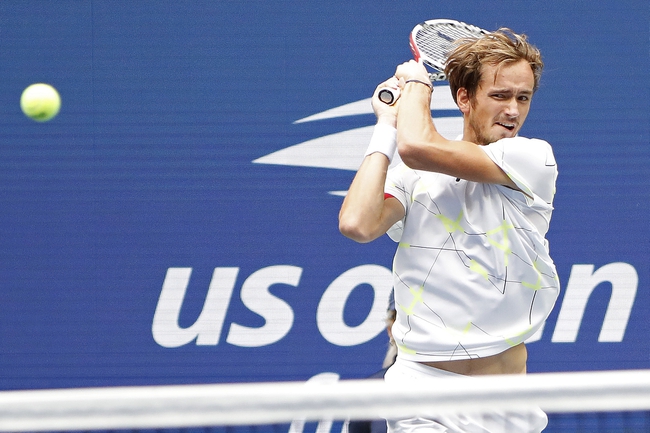 In the fourth round of the 2020 ATP Australian Open, Stan Wawrinka is set to play against Daniil Medvedev from Russia.

Daniil Medvedev has been incredible over the past 6 months as he has won big tournaments like the Shanghai Masters and Cincinnati Masters. Furthermore, Medvedev also made the final of the US Open in 2019. The good form has continued for Daniil Medvedev as he has looked outstanding at this tournament. In the previous round, Daniil Medvedev defeated Alexei Popyrin in straight sets. It was a dominant performance by Medvedev has he only lost 9 games in the entire match. During the win, Daniil Medvedev won all of his service games and 5 return games. This is expected to be a tougher match for Medvedev but he will be optimistic considering his recent form.

On the other side of the coin, Stan Wawrinka had a very easy fixture in the previous round as he received the victory after his opponent, John Isner, was forced to retire during the second set. Wawrinka was dominating the match but an early win means that the Swiss player will be rested for this fixture. It has been a tough tournament for Stan Wawrinka as he had to battle for 9 sets to win his first 2 matches. This is expected to be another big test for Wawrinka as he is playing against the number 4 seed.

Stan Wawrinka and Daniil Medvedev have played each other twice in the past with Medvedev winning on both occasions. The most recent match between these two players was in 2019 at the US Open where Daniil Medvedev won in 4 sets.

Looking at all the information, I am going to pick Daniil Medvedev to win this match. Medvedev is the stronger player and he has an outstanding record against Wawrinka. Daniil Medvedev should have the momentum following his win over Wawrinka at the US Open and I see that momentum giving the Russian victory in this match.