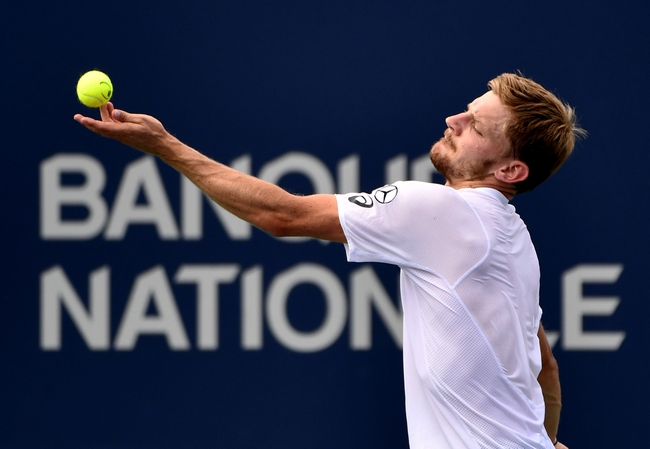 David Goffin has looked in outstanding form over the past few months and it seems like he is back at full fitness. Goffin struggled following an injury but the Belgian looks to be moving well and that has made him very tough to beat. In the previous round, David Goffin defeated Guido Pella in straight sets. During the win, David Goffin impressed with his receiving as he won 47% of his receiving points which allowed him to break his opponent’s serve on 4 occasions. The serving was also impressive from David Goffin as he won 90% of his service games. Goffin had a strong campaign at Wimbledon where he made the quarterfinals and he seems to be high on confidence following that performance. Considering his current form, Goffin will be tough to beat in this tournament.

On the other side of the coin, Adrian Mannarino also won his previous match in straight sets. It was a dominant performance by the Frenchman as he only lost 4 games in the entire match. Mannarino received serve exceptionally well during the win as he won 53% of his return points which allowed him to win 63% of his return games. This match is expected to be significantly tougher for Adrian Mannarino since David Goffin is a much stronger opponent.

Looking at all the information, I am going to pick David Goffin to win this match. Goffin has been in very good form and he seems to have an edge over Mannarino on hard-court tennis. Goffin was outstanding in the previous few rounds and I see him being good enough to win this match and secure a spot in the quarterfinals.