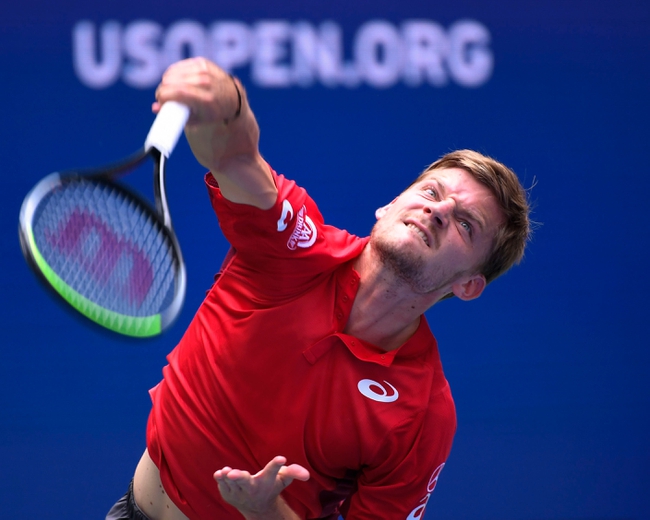 Kazakhstan tennis player Alexander Bublik has made it into the second round of the 2020 ATP Open Sud de France. At this stage of the tournament, Alexander Bublik will play against David Goffin from Belgium.

David Goffin is the number 2 seed and that resulted in him receiving a bye in the opening round. It has been a good start to the season for David Goffin as he made the third round of the Australian Open and the quarterfinals of the ATP Cup. 2018 was a very tough season for David Goffin but the Belgian player fought back strongly in 2019 as he rose back up the rankings. David Goffin has looked in good form and he will be hoping to produce a big result at this tournament.

On the other side of the coin, Alexander Bublik enters this match having defeated his previous opponent in 3 sets. It was a determined performance by Bublik as he lost the opening set but fought back strongly to win the final 2 sets and the match. The receiving was especially strong from Alexander Bublik as he won 42% of his receiving points which allowed him to break his opponent’s serve on 5 occasions. That being said, this is expected to be a tough match for Alexander Bublik as he is playing against the number 2 seed.

This will be the first time that Alexander Bublik and David Goffin will be playing each other at an ATP event.

Alexander Bublik played well in the opening round but I don’t see him having enough to defeat David Goffin. Goffin has been in outstanding form and he is a significantly stronger player than Alexander Bublik. Considering the big gap in skill between the two players, I see David Goffin winning this fixture in straight sets.