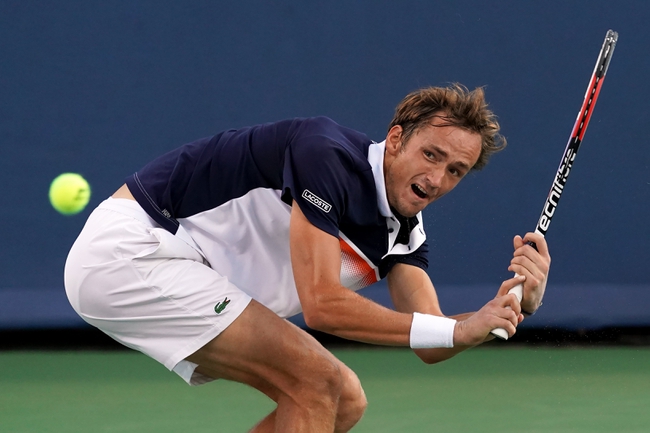 David Goffin and Daniil Medvedev meet in the final of the 2019 tennis Cincinnati Open.

David Goffin is coming off a straight sets win over Richard Gasquet that took 19 games to decide. In the victory, Goffin won 77 percent of his first serve points and 77 percent of his second serve points. Goffin won 77 percent of his total service points and converted on three of his seven break points. Goffin got 58 percent of his first serves in play, saved one of his two break points and hit five aces. Goffin has won each of his last seven sets and he should be well rested considering he didn’t have to play a quarterfinal match and his semifinal contest took less than an hour and a half to complete. Goffin looks to win his first title since the 2017 Japan Open and the fifth title of his career. Goffin has lost eight of his last 10 final appearances overall and is 3-5 in final appearances on hard court. Goffin has won seven of his last 10 matches on hard court.

These two have split the only two meetings, as Medvedev won this years Australian Open in straight sets and Goffin won this years Wimbledon in five sets.

Goffin is playing some of his best tennis in quite some time and is a worthy opponent as long as he gets his first serve in play. The problem is Medvedev has been lights out on hard court pretty much all season and has beaten three top-10 players on hard court since Montreal. The only reason to shy away from Medvedev is a potential arm injury that could impact him now that the adrenaline is gone.

As long as Medvedev gets treatment and is good to go, he should win his first Masters 1000 title.