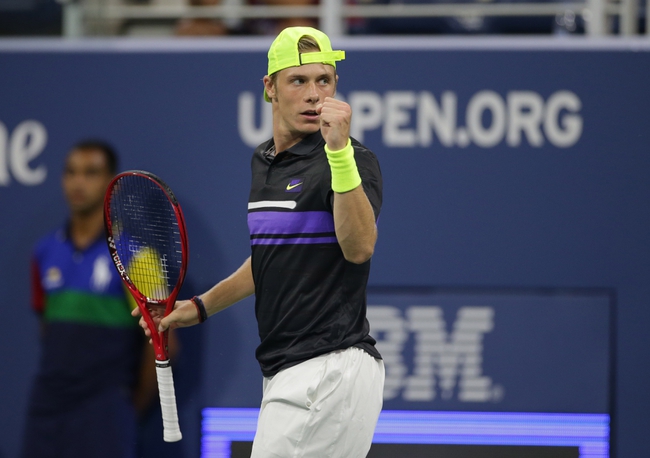 Marin Cilic meets Denis Shapovalov in the second-round of the 2020 Marseille Open.

Marin Cilic came through a hard-fought match against Ilya Ivashka in the first-round. Cilic started out quite sloppy and eventually lost the first set 6-3. Following that, Cilic looked in pain as his left knee issues were returning. It looked like it was going to be finished for Cilic as he lost his serve to start the second set. However, Cilic then just lit up, he was able to break back straight away and eventually won the set in the tiebreak. The third set was another story, Cilic was absolutely dominant from the start and won the match with some easy. Cilic will not be able to play like he did in the early stages of his first-round match against Shapovalov who looks to get back on track.

Denis Shapovalov has had a pretty terrible start to 2020. The Canadian looked incredible towards the end of 2019, even reaching his maiden Masters 1000 Final in Paris. Shapovalov is a very talented player, but when things do not go his way, he does not have the mentality to pick himself up and continue to compete. Shapovalov has lost some pretty shocking matches and has not been able to find his momentum this year as of yet. Shapovalov will need to find this quickly if he wants to stay here in Marseille.

This will be the third meeting between both players and it will be an incredibly tight one. Shapovalov was in better form in the later stages of 2019, however, now it is pretty even I would say. I am leaning towards Marin Cilic to get the win, just because he was able to get through a hard-fought match, however, if his knee issue comes up again, it could be anyones game.