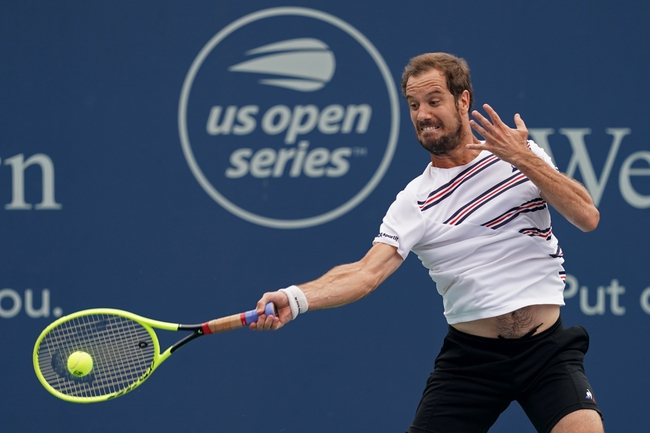 In the third round of the 2019 ATP Cincinnati Masters, French tennis player Richard Gasquet will play against Diego Schwartzman from Argentina.

It has been a strong few months for Diego Schwartzman as he has been in outstanding form. Schwartzman won the Los Cabos Open earlier in the month. Schwartzman has also had good runs at the Queen’s Club Championship and the Italian Open. Considering his recent results, Schwartzman should be confident as he enters this match.

Looking at Richard Gasquet, the Frenchman has been in emphatic form over the past few weeks and he showed that in the previous round as he defeated Federico Delbonis in straight sets. Gasquet won 83% of his service games and 3 return games to secure a comfortable win. Gasquet defeated Andy Murray in the opening round of this tournament. Prior to arriving at the Cincinnati Masters, Gasquet made the third round of the Rogers Cup. At the Rogers Cup, Gasquet defeated Kei Nishikori.

It has been a tough 2019 season for Gasquet as he has struggled with injuries. That being said, Gasquet seems to be fully fit and it seems like he is in good form.

This should be a close match since Gasquet and Schwartzman both appear to be in outstanding form. As far as predicting a winner is concerned, I am going to pick Richard Gasquet to win this match. Gasquet looks in great touch and the Frenchman seems to have an edge over Schwartzman. Gasquet has beaten Schwartzman twice and I see his unbeaten run against the Argentine to continue.