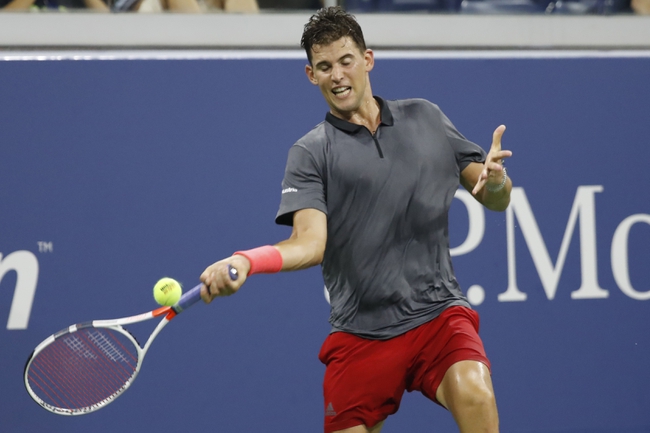 Dominic Thiem has made it into the second round of the 2020 Australian Open in Melbourne. At this stage of the tournament, Thiem will play against Alex Bolt from Australia.

Alex Bolt played a marathon match in the previous match where he won in 5 sets. Bolt showed his class in the final 2 sets where he dominated the contest to win the match. The receiving was especially strong from Alex Bolt as he won close to 40% of his receiving points which allowed him to break his opponent’s serve on 7 occasions. Playing on home soil, Alex Bolt is getting huge support but he must produce his best tennis if he wishes to compete with Dominic Thiem.

Looking at Dominic Thiem, the Austrian superstar looked very impressive during the opening round of matches. Dominic Thiem defeated Adrian Mannarino in straight sets. It was a dominant performance by Thiem as he won 93% of his service games and 5 return games. The serving was especially strong from Thiem as he won close to 70% of his service points. There are big expectations on Dominic Thiem and he has shown that he has the ability to produce big performances at Grand Slam tournaments. Considering his recent form, Dominic Thiem will be very tough to stop at this tournament.

Dominic Thiem and Alex Bolt have played each other twice in the past with both players winning on 1 occasion. Both prior matches between Alex Bolt and Dominic Thiem took place in 2012.

Looking at this fixture, I see Dominic Thiem ending Alex Bolt’s Australian Open hopes. Dominic Thiem has been in outstanding form and he has established himself as an elite player in the tennis world. There is a huge gap in skill between these two players and I see Dominic Thiem winning this match in straight sets.