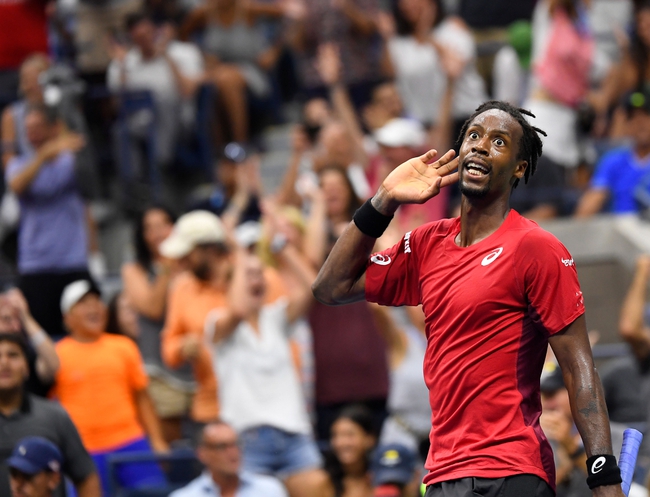 The number 10 seed from France, Gael Monfils has made it into the fourth round of the 2020 Australian Open. At this stage of the tournament, Gael Monfils is set to play against Dominic Thiem from Austria.

Gael Monfils has been in outstanding touch over the past 12 months and he has looked very impressive at this tournament. In the previous round, Gael Monfils defeated Ernests Gulbis in straight sets. During the victory, Monfils impressed with his receiving as he won 41% of his receiving points which allowed him to break his opponent’s serve on 5 occasions. The serving was also solid from Monfils as he won 87% of his service games. The competition is expected to get much tougher for Gael Monfils and if the Frenchman wishes to continue his progress, he must maintain the consistency he has shown in the first 3 rounds.

On the other side of the coin, Dominic Thiem enters this match having defeated Taylor Fritz in 4 sets in the previous round. It was a close match but Thiem showed his class by winning 95% of his service games and 5 return games. It has been a tiring tournament for Dominic Thiem as he has already had to play 12 sets. While Thiem is an extremely fit player, the long court time may impact the Austrian. This may be a challenging fixture for Dominic Thiem since Monfils is very talented and in good form.

Dominic Thiem and Gael Monfils have played each other 5 times in the past. As it currently stands, Thiem has a 5-0 record against Monfils. The most recent match between these two players was in 2019 at the French Open where Dominic Thiem won in straight sets.