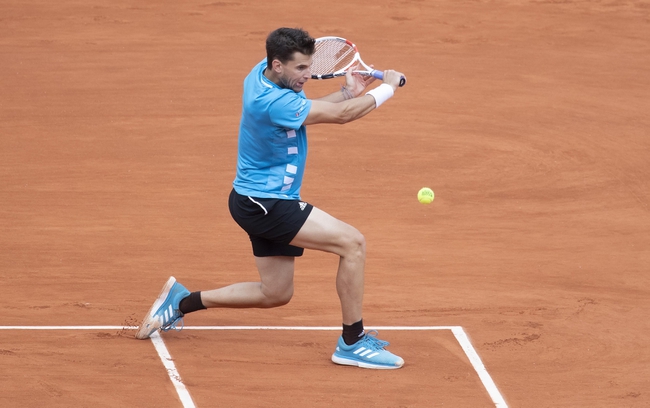 No.1 seed, Dominic Thiem, looks to book his spot in the 2020 Rio de Janeiro Quarter-Final when he meets Jaume Munar in the second-round.

Dominic Thiem was absolutely dominating his match yesterday, until the second set. Thiem won the first set 6-2, and it looked like the match would be over in straight sets. However, Thiem just did not look as good in the second, his knee started bothering him, and he did not convert a single break point in the second-set. Thiem eventually found his mojo again and absolutely destroyed Alves in the third set, beating him 6-1. Thiem wants to win here in Rio, but that means he cannot afford to have dips in form like that again against players who don't even deserve to win a set against the world No.4. Thiem will improve, let's just hope its quickly as he now meets a dangerous opponent in Jaume Munar.

Jaume Munar won his first-round match against Salvatore Caruso in straight sets as he looks to make a bigger name for himself on the ATP Tour this year. Munar is a great clay-court player, perhaps this comes from being trained by Nadal and having learnt how to play properly at the Rafael Nadal Academy. Munar can compete with the best on clay, he just needs to find the consistency in his game which will take him to the next stage in his career. Munar moves quickly, he has power and is incredibly accurate. How will he fare against a 2x Roland Garros Finalist in the second-round?

This will be the third meeting between both players, with Thiem leading the H2H 2-0. This is the match where I believe Thiem turns the engines one at full. Thiem had a dip in the second-set in his first-round match, but I see him focusing a bit more here and converting his opportunities. Thiem will dominate throughout.