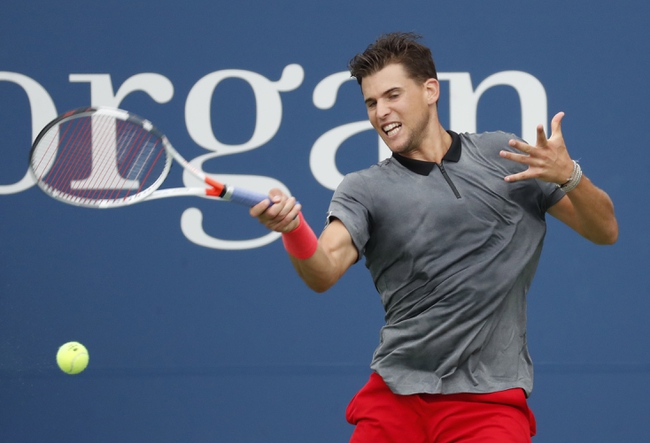 Austrian tennis superstar, Dominic Thiem has made it into the quarterfinals of the 2019 ATP Shanghai Masters in China. Dominic Thiem will compete against Matteo Berrettini for a spot in the semifinals.

Matteo Berrettini defeated Roberto Bautista Agut in straight sets in the previous round to secure a spot in this match. It was a very impressive display by Berrettini as he won 82% of his service games and 3 return games. The receiving was especially impressive as Matteo Berrettini won 42% of his receiving points. Matteo Berrettini made the semifinals of the US Open but has struggled since that tournament with relative failures at the St Petersburg Open and China Open. Berrettini has looked good in this tournament but he is expected to be challenged by his opponent who is the number 4 seed.

Looking at Dominic Thiem, the Austrian superstar has been in very good form. Thiem won the China Open last week and has continued to play well in this tournament. In the previous round, Dominic Thiem played against Nikoloz Basilashvili whom he defeated in straight sets. The receiving was very strong by Dominic Thiem as he won 45% of his receiving points which allowed him to break his opponent’s serve on 4 occasions. The serving was also solid from Thiem as he won 80% of his service games. Dominic Thiem is looking in good form and that makes him very tough to beat.

Dominic Thiem and Matteo Berrettini have played each other once the past. The match was played in 2018 at the French Open where Dominic Thiem won in 4 sets.