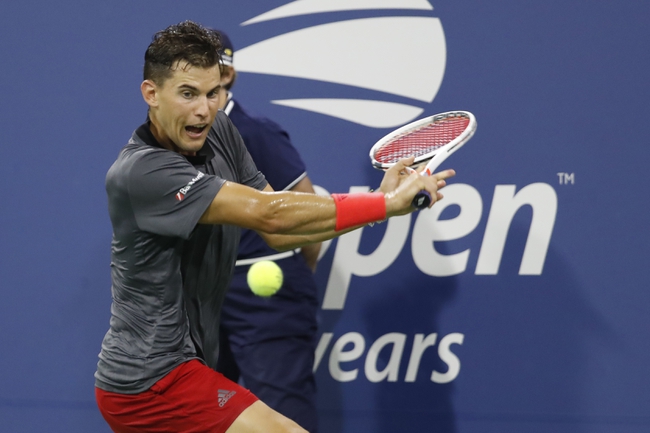 Austrian tennis superstar, Dominic Thiem is set to take part in the 2019 ATP Shanghai Masters in China. Thiem will begin his tournament in the second round where he will face Pablo Carreno Busta from Spain.

Dominic Thiem received a bye in the opening round due to his high seeding. Thiem enters this match in supreme form having won the ATP China Open last week. Thiem was very impressive in Beijing as he defeated the likes of Stefanos Tsitsipas, Karen Khachanov, and Andy Murray. Dominic Thiem has only lost 1 match since the conclusion of the US Open and looks in very good form as he enters this tournament. The Shanghai Masters has always been a tough tournament for Dominic Thiem as he has never made it past the second round but considering the form he currently has, the Austrian will be confident in his ability to make a big impact at this event.

On the other side of the coin, Pablo Carreno Busta played in the opening round where he won his match in 3 sets. It was a close match but Busta managed to hold his nerve during the final set which he won 6-4. During the win, Busta impressed with his serving as he hit 7 aces which helped him win 73% of his service points and 86% of his service games. It has been a strong few weeks for Pablo Carreno Busta as he recently won the Chengdu Open. Despite that result, Busta is expected to be challenged in this match as he is playing against the number 4 seed.

In ATP tournaments, Pablo Carreno Busta and Dominic Thiem have played each other 5 times in the past with Thiem winning on all 5 occasions. The most recent match between these two players was in 2017 at the ATP Nitto Finals where Dominic Thiem won in 3 sets.