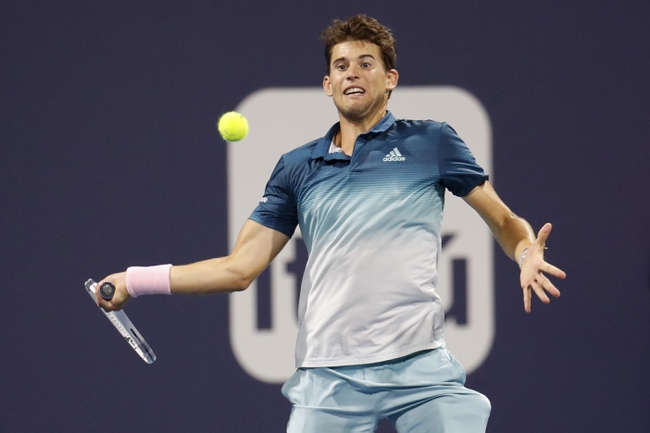 In the final of the 2019 ATP Finals in London, Dominic Thiem will play against Stefanos Tsitsipas from Greece.

Stefanos Tsitispas had a big win the previous round as he defeated Roger Federer. It was a comprehensive win for Tsitsipas as he defeated an elite player in straight sets. During the win, Tsitsipas won 90% of his service games and 3 return games. The receiving was especially impressive as Stefanos Tsitsipas won 42% of his receiving points. It has been an outstanding tournament for Tsitsipas as he has defeated the likes of Daniil Medvedev and Alexander Zverev. This is expected to be another challenging match but Tsitsipas should be confident considering his recent form.

On the other side of the coin, Dominic Thiem enters this match having defeated Alexander Zverev in straight sets in the previous round. During the victory, Dominic Thiem served exceptionally well as he won 72% of his service points which allowed him to win all of his service games. Thiem has already defeated Djokovic and Federer at this tournament and he seems to be playing with lots of confidence. It has been a strong few months for Dominic Thiem as he recently won the Vienna Open and China Open. Dominic Thiem will also be confident in his ability to win this match.

Dominic Thiem and Stefanos Tsitsipas have played each other 6 times in the past. Thiem has won on 4 occasions while Tsitsipas has won twice. The most recent match between these two players was earlier in the season at the China Open where Dominic Thiem won in 3 sets.

Taking everything into consideration, I am going to pick Dominic Thiem to win this match. Tsitsipas and Thiem have both been playing exceptional tennis but Thiem seems to have more momentum heading into this match as he defeated Tsitsipas at the China Open. This is expected to be a close match but I see Dominic Thiem being good enough to win the contest and the trophy.