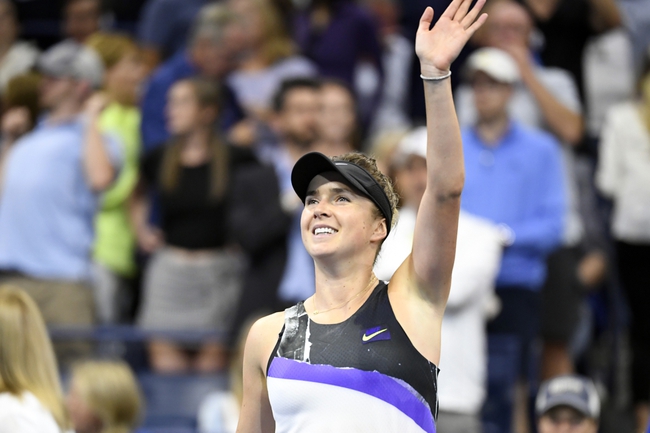 Elina Svitolina and Johanna Konta meet in the quarterfinals of the 2019 tennis US Open.

Johanna Konta is coming off a three sets win over Karolina Pliskova that took 34 games to decide. In the victory, Konta won 68 percent of her first serve points and 50 percent of her second serve points. Konta won 63 percent of her total service points and converted on five of her 15 break points. Konta got 69 percent of her first serves in play, saved four of her seven break points and hit 45 winners. Konta has now won eight of her last nine matches that have gone the distance. Konta looks to make her fourth career grand slam semifinal and first ever at the US Open. Konta is 3-2 in career grand slam quarterfinal matches. Konta has 21 career wins over top-10 players, with seven of those wins coming this year. Konta has won four of her last six matches on hard court.

Svitolina has won all four matches against Konta, including the most recent match last year in Montreal. Two of the four matches have been decided in straight sets and all of them have been played on hard court.

Svitolina was already playing better tennis than Konta entering this match and it makes her an even safer bet given the one-sided head to head numbers. Konta is coming off a very lengthy performance that took nearly two and a half hours, and she can struggle at times with unforced errors. Svitolina is more trustworthy on hard court and hasn’t had much trouble with Konta’s game in four meetings.