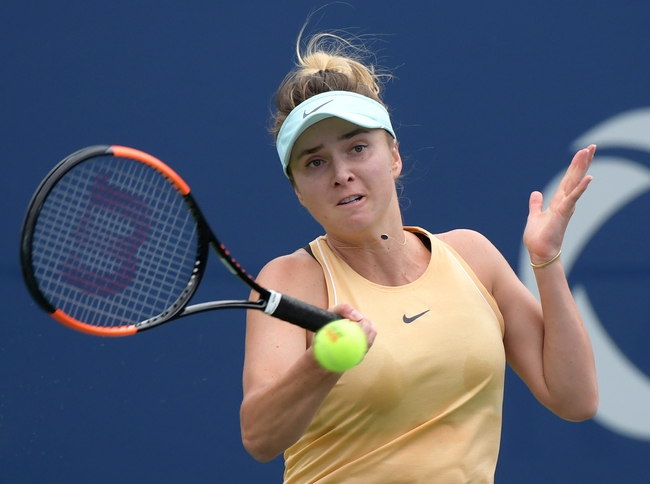 Elina Svitolina and Whitney Osuigwe meet in the first round of the 2019 tennis US Open.

Elina Svitolina is fresh off losing her second match in Cincinnati, and she’s split her last eight matches overall. Svitolina has had issues with her serve from time to time, and she’s coming off a match where she won just 43 percent of her second serve points. When Svitolina is playing her best and moving around the court well, she’s a candidate to make a deep run in any grand slam. However, it’s hard to predict which Svitolina you’re going to get these days. Svitolina has lost in the first round of a grand slam just once since 2015, which came in last years Wimbledon. Svitolina has won three of his last five matches on hard court.

Whitney Osuigwe failed to qualify for the Bronx tournament and has lost six of her last nine matches overall when including qualifying. Osuigwe is a 17-year-old who was once the No. 1 junior in the world and she won the 2017 French Open Junior, becoming the first American to win the event in 28 years. Osuigwe is very wet behind in the ears when it comes to main tour experience, but she did make two ITF final appearances this year and had a lot of success in doubles last year as well. Osuigwe looks to win her first career grand slam match. Osuigwe has split her last four matches on hard court.

Osuigwe is a very talented player and the crowd will certainly get behind her if there’s signs of a possible upset. That New York crowd can do wonders for American players and be the tipping point for a player on the verge of something special. With that said, there’s a massive experience gap here and top tier players usually have a field day in these sort of matches.

I’ll be rooting for the American, but Svitolina should roll in straights.