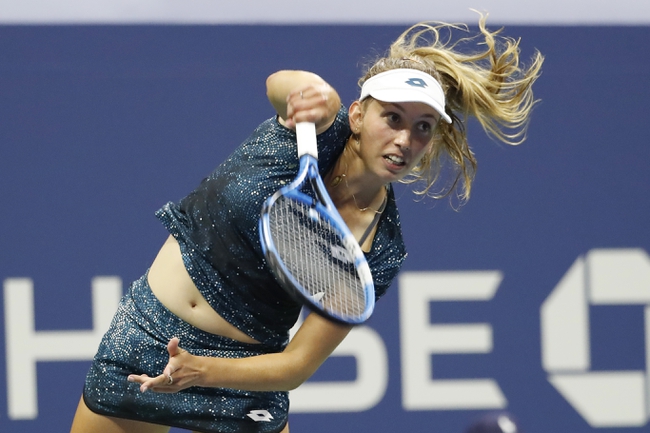 Belgian tennis superstar, Elise Mertens has made it into the quarterfinals of the 2019 WTA Pan Pacific Open in Osaka, Japan. Mertens will compete against Camila Giorgi from Italy for a spot in the semifinals.

Camila Giorgi enters this match having won her previous fixture in straight sets against Sloane Stephens. It was a big win for Giorgi as she defeated the number 3 seed in a dominant manner. Giorgi only lost 3 games in the entire match against Sloane. During the win, Camila Giorgi received serve exceptionally well as she won 55% of her receiving points which allowed her to win 75% of her return games. The serving was also very strong from Giorgi as she managed to win 85% of her service games. It has been a very strong few months for Camila Giorgi as she made the final of both the New York Open and the Citi Open. Considering her recent form, Camila Giorgi will be tough to stop in this tournament.

On the other side of the coin, Elise Mertens won her previous match in 3 sets. It was a close match but Mertens held her nerve during the final set which she won 6-2. The receiving was strong from Elise Mertens as she won 7 return games but she struggled with her serving as she only won 50% of her service games. With the competition getting tougher, Elise Mertens must improve her serving if she wishes to compete.

This will be the first time that Elise Mertens and Camila Giorgi will be playing each other at a WTA event.

Elise Mertens is the higher-ranked player but I see her losing this match. Mertens has struggled with her serve and I see that being a problem in this match. Camila Giorgi has been in outstanding form and she will be high on confidence having just defeated Sloane Stephens. Giorgi is looking very strong and I see her being good enough to win this match and secure a spot in the semifinals.