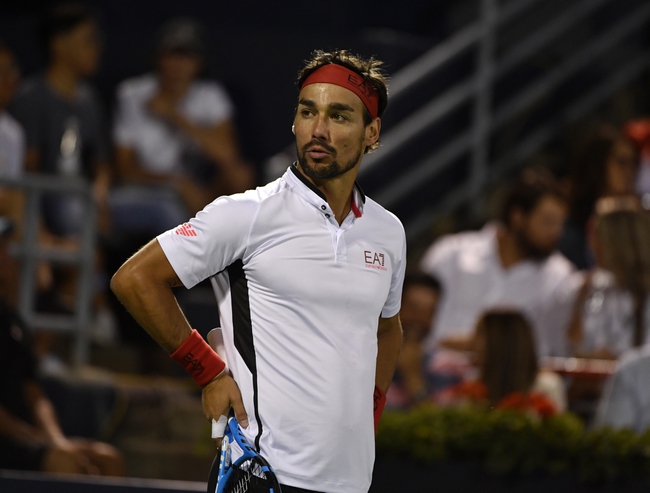 Italian tennis superstar, Fabio Fognini is set to continue his 2019 ATP Cup campaign on Tuesday. Fognini’s next match will be against John Isner from the United States.

Fabio Fognini lost his previous outing as he was defeated in straight sets by Casper Ruud. It was a poor performance by Fognini as the Italian player only won 4 games in the entire match. It has been a tough tournament for Fabio Fognini as he has lost both of his matches. Despite the poor results, Team Italy are still in a good position and will be determined to win this match and secure a spot in the next round.

On the other side of the coin, John Isner was also beaten in his previous outing as he lost in straight sets to Daniil Medvedev. Isner only won 4 games and he never gained enough momentum to cause any problems for Medvedev. John Isner has looked extremely poor throughout this tournament as he has lost both of his matches. As a result, Team USA are 0-2 and it seems unlikely they will qualify for the next round. Team USA must produce a big win from this tie meaning John Isner must be at his best for this match.

John Isner and Fabio Fognini have played each other twice in the past with John Isner winning on both occasions. The most recent match between these two players was in 2016 at the Cincinnati Masters. It was a simple match for John Isner as he won it in straight sets.

Looking at this fixture, neither John Isner nor Fabio Fognini have been in good form and neither player seems to be playing with much confidence. That being said, I am going to pick Fabio Fognini to win this match. Fognini is playing in a team that has been winning and I see that momentum giving the Italian player a boost. This should be a close contest but I see Fabio Fognini getting the victory.