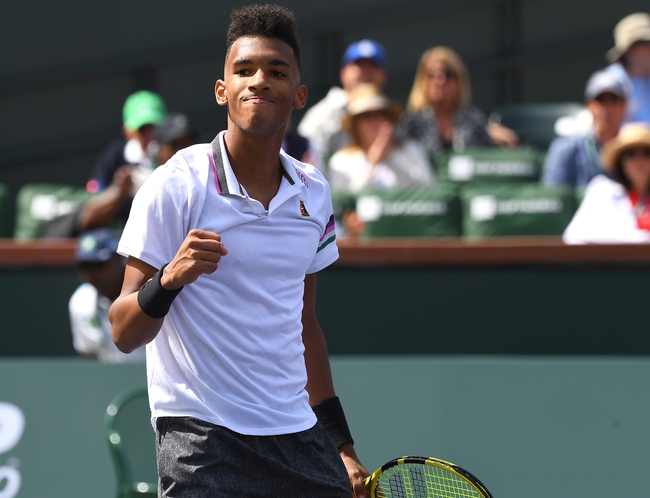 Felix Auger-Aliassime meets Aljaz Bedene in the quarterfinals of the 2020 Rotterdam Open.

Felix Auger-Aliassime put on an incredible display and seemed to have his serving issues under control in his straight sets victory against Grigor Dimitrov. FAA shows a lot of promise and he just needs to find the consistency in his game if he wants to begin winning titles and being a challenger in tournaments like his other younger counterparts.

Aljaz Bedene shocked us all with his straight sets victory against Stefanos Tsitsipas in a match where most of us had written Bedene off. Bedene's serve was on point and he was able to move Tsitsipas around the court and not give him time to settle. It will be interesting to see if he can maintain this level in the quarterfinal.

This will be the first meeting between both players, but my prediction is simple. FAA will win this match. I believe that Bedene will be content with already having won against Tsitsipas and will not think that FAA will be as difficult of an opponent. If Bedene does so, this will be a big mistake. FAA is a strong player and when he is confident, he can compete with the best. This might be a long match, but FAA should come out victorious.