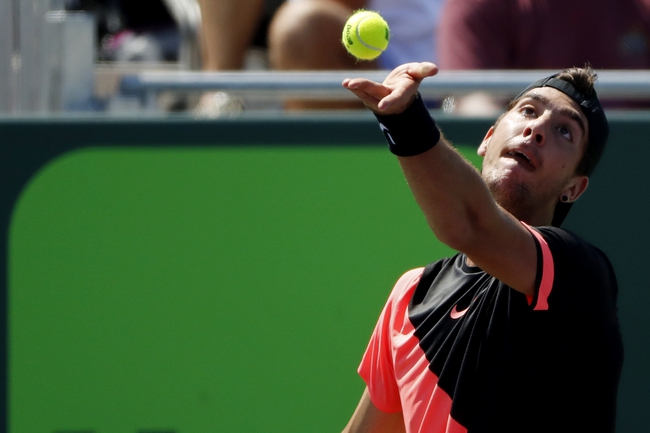 In the opening round of the 2019 Moselle Open, Fernando Verdasco is set to play against Steve Darcis from Belgium.

Steve Darcis last played at the US Open where he was eliminated in the opening round by Dusan Lajovic in straight sets. It has been a tough few months for Darcis as he has not won a match since the end of Wimbledon. At the age of 35, Steve Darcis is a hugely experienced player but he seems to be over his peak as his highest ranking occurred over 2 years ago. Darcis last won an ATP title in 2008. This is expected to be a tough match for Steve Darcis as he is playing against a very strong opponent in Fernando Verdasco.

Looking at Fernando Verdasco, the Spaniard in the number 5 seed for this tournament. Verdasco last played at the US Open where he was defeated by Hyeon Chung in the second round. It was a tough loss for Verdasco as the match lasted 5 sets with the final set being decided by a tiebreaker. In general, Fernando Verdasco has shown decent form as he made the quarterfinals of the Austrian Open and the fourth round at Wimbledon. Verdasco has a good record in France as he has made deep runs in many tournaments over his long career. The way that Verdasco has been playing lately, he should be confident in his ability to do well at this event.

Steve Darcis and Fernando Verdasco have played each other 3 times in the past with Verdasco winning on all 3 occasions. The most recent match between Verdasco and Darcis was in 2017 when the Spaniard won in straight sets at the Antalya Open. Darcis is yet to win a set against Verdasco.

Looking at all the information, I see Fernando Verdasco winning this match. Verdasco has always looked good against Darcis and the Spaniard looks a much stronger player at this moment in time. I see Verdasco winning in straight sets.