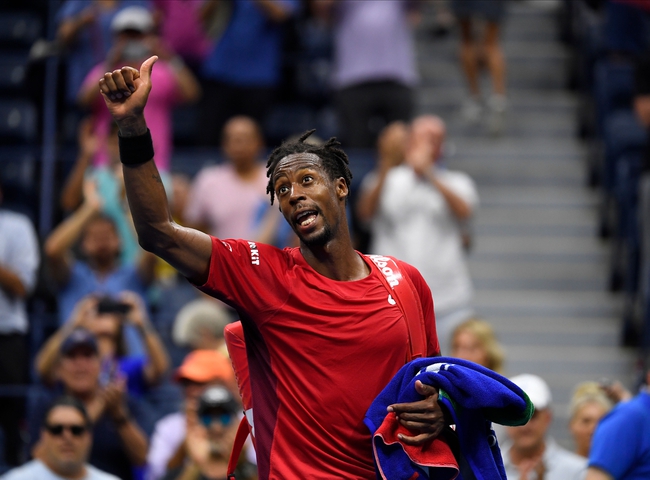 French tennis superstar, Gael Monfils is set to play at the 2020 ATP Rotterdam Open. Monfils will begin his tournament against Joao Sousa from Portugal.

It has been an extremely poor start to 2020 for Joao Sousa as he has not won a single match this year. Joao Sousa has played at the Auckland Open, Australian Open, and Open Sud de France and at every tournament he has lost in the opening round. To make matters worse, Sousa has lost all of these matches in straight sets meaning he is yet to win a set. Joao Sousa is a very experienced player but he seems extremely low on confidence and it is hard to see how he is going to turn things around. This is expected to be a tough outing for Joao Sousa as he is playing against the number 3 seed.

On the other side of the coin, Gael Monfils has been in good form. Monfils played at the Australian Open where he made it into the fourth round. The good form continued for Gael Monfils as he followed that performance by winning the Open Sud de France last week. Gael Monfils has always been an exceptionally talented player but he has managed to develop great consistency over the past few years. Considering his recent form, Gael Monfils will be very tough to stop at this tournament.

Joao Sousa and Gael Monfils have played each other 4 times in the past. Monfils has won on 3 occasions while Sousa has won once. The most recent match between these two players was in 2016 at the Rogers Cup where Gael Monfils won in straight sets.

Looking at all the information, I am going to pick Gael Monfils to win this match. Monfils is the stronger player and he has been in outstanding form. In contrast, Joao Sousa has struggled and looks low on confidence. There is a big gap between these two players so I see Gael Monfils winning this fixture in straight sets.