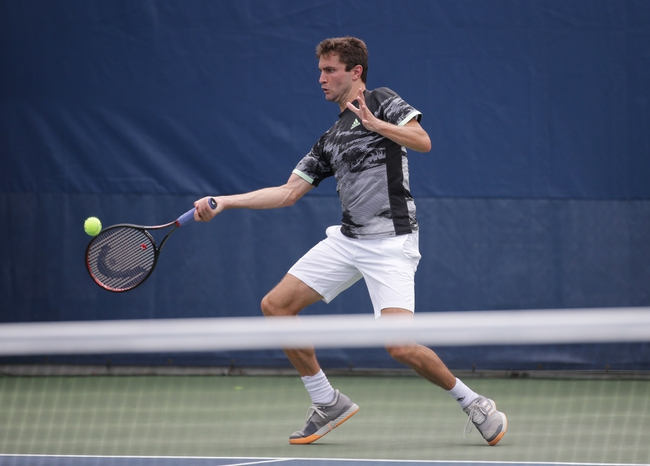 French tennis superstar, Gilles Simon will be playing at the 2019 ATP Moselle Open where he will look to defend his title. Simon will begin his tournament against Marius Copil from Romania.

Marius Copil last played in Istanbul where he took part in a Challenger Open. It was a poor tournament for Copil as he was the number 3 seed but was eliminated in the second round. In general, it has been a modest few months for Marius Copil as he was eliminated in the second round of the US Open where he lost to Gael Monfils in straight sets. The last major triumph of Copil was in June when he made the semifinals of the Surbiton Trophy in the UK. This is expected to be a tough opening round match for Marius Copil as he is playing against the reigning champion.

On the other side of the court, Gilles Simon also had a modest US Open campaign as he was eliminated by Andrey Rublev in the second round. Following a strong grass-court season where Simon made the final of the Queen’s Club Championship, the Frenchman has struggled. Returning to the Moselle Open should be a huge boost for Gilles Simon as he has an outstanding record at this event. Simon is the current champion and he has won this tournament 3 times in the past. Considering his record at this venue, Gilles Simon will be a genuine contender for the title.

Gilles Simon and Marius Copil have played each other twice in the past. As it currently stands, both Simon and Copil have one head-to-head win. The most recent match between these two players was in 2018 at the Australian Open where Gilles Simon won in straight sets.

Marius Copil has looked in poor form and following a poor Challenger event, it is tough to see him doing well at this tournament. Gilles Simon has also looked in poor touch but the Frenchman always seems to produce his best tennis at the Moselle Open. Simon is a monster when playing this tournament and I see him winning this match.