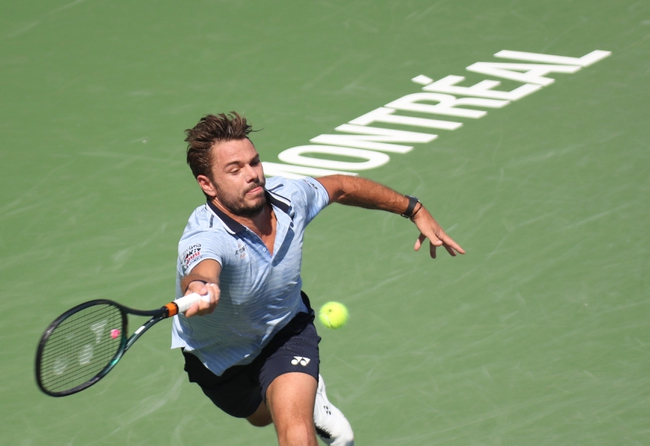 Grigor Dimitrov and Stan Wawrinka meet in the first round of the 2019 tennis Cincinnati Open.

Grigor Dimitrov is coming off a first round exit in Montreal and has lost six of his last eight matches overall. In his last match, Dimitrov had six double faults, won just 58 percent of his total service points and gave away 11 break points. To say Dimitrov is in a slump would be an understatement, and there’s not much recent play that suggests he’ll get out of it. The one good news is Dimitrov won Cincinnati in 2017, and his 71 percent winning percentage here is his highest of any Masters 1000. Dimitrov has lost his opening match seven times since Madrid. Dimitrov has lost three of his last four matches on hard court.

These two have played 10 times and Wawrinka has won six of those matches, including the most recent this year in Montreal. Wawrinka has actually beaten Dimitrov in the last four meetings, with the last loss coming in 2016 Cincinnati. Seven of the matches have been decided in straight sets.

Backing Dimitrov here isn’t an option given his struggles, and it doesn’t help that Wawrinka just beat him in 20 games last week. Wawrinka is getting free points with his serve and is hitting his spots with more consistency since returning from injury. The overall h2h also favors Wawrinka with four straight wins and wins in six of the 10 meetings overall.

Wawrinka should prevail yet again.