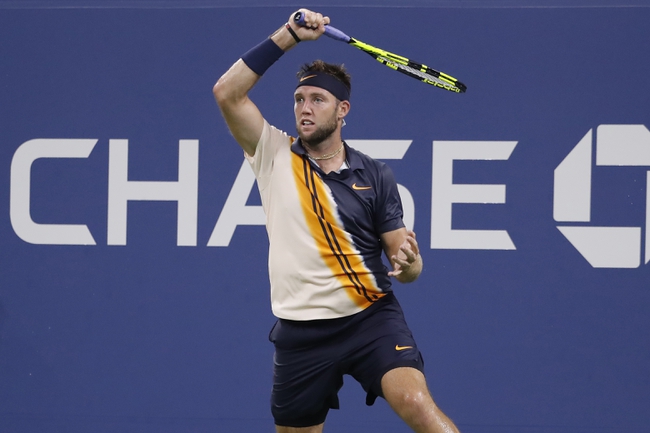 Jack Sock meets Steve Johnson in the second-round of the 2020 Delray Beach Open as both players seek to make the quarterfinals. But who will come out on top?

Jack Sock put on an incredible performance against Radu Albot, coming back from a set down, and saving a match point to eventually win the match in the 3rd set. Sock needed that victory as he had been continuously falling in confidence and the rankings. Sock, when confident and in shape, is an amazing player. Sock has a big serve, an amazing forehand and has played against the best players in the world. It is unfortunate that he has not fulfilled his potential, but Sock will look to have an amazing 2020 season by putting in the hard-work necessary behind closed doors. Will Sock make the quarterfinals in Delray Beach?

Steve Johnson beat Henri Laaksonen in straight sets to reach the second-round and now looks to take on fellow American Jack Sock. Johnson is a very solid player, but he is also very inconsistent. Johnson knows how to compete with the best, but he just does not focus like he should do in matches. Johnson, however, was solid in his first-round match. Both his first and second serve were on point, winning 83% and 65% of points respectively, but now he meets a player who is extremely motivated to go far in Delray Beach. Will Johnson be able to handle the pressure?

This will be the 7th meeting between both players, and Jack Sock leads the H2H 4-2. Sock is more motivated to play better and go further here in Delray Beach, and Johnson will need to be able to handle the pressure of playing an opponent who knows how to beat him. If Sock will come out and play like he did in those last two sets against Albot, then he will make it to the quarterfinals.