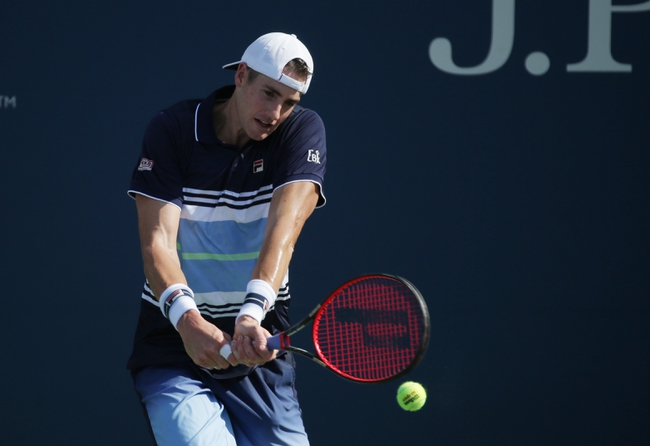 John Isner meets Jordan Thompson in the second-round of the 2020 New York Open.

John Isner is one of the last players of a dying breed of tennis players, the big servers. Isner's serve is a thing of beauty, its basically untouchable. Isner is so powerful, especially on hard-courts. The only thing lacking in Isner's game is his movement. Because Isner is one of the tallest players on tour, he has difficulty moving as fast as other players, therefore his serve needs to be on point if he wants to stand a chance of winning this year.

Jordan Thompson played an incredible match in the first-round, beating Ivo Karlovic in straight sets. Thompson is one of those players where you know what to expect before every match. He is a good baseline player and is able to stay in long rallies and wait for his opponent to make mistakes. Thompson is a very experienced player and will want to try his chances here in New York.

This will be the 4th meeting between both players, with Isner winning all prior encounters. Isner is playing in his home country and will be extra motivated to win with the crowd cheering him on. Thompson will be a bit weary that he has never beat Isner and will have to find a new level in his game if he wants to stand a chance. Expect Isner to power through with his big serve and a tiebreak or two.