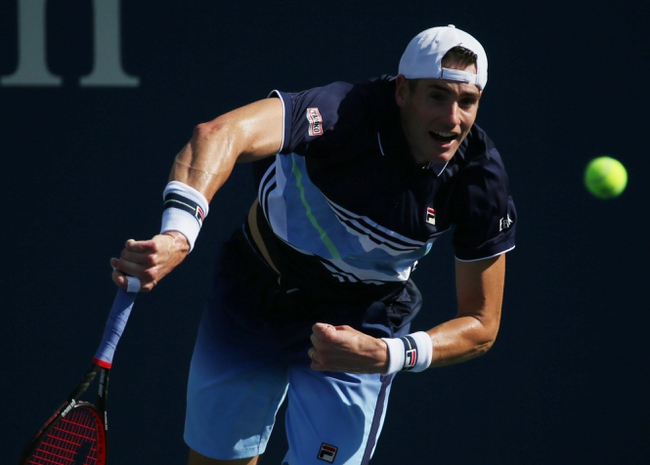 In the second round of the 2019 ATP Shanghai Masters, John Isner is set to play against Lucas Pouille from France.

John Isner had a big win in the previous round as he defeated Alex de Minaur in straight sets. It was a convincing performance by Isner as he impressed with his serving. John Isner hit 18 aces which helped him win close to 80% of his service points. During the win, John Isner won all of his service games and 1 return game. The returning has been a constant issue for John Isner throughout his career and it was evident during the win against Alex de Minaur as the American only won 31% of his receiving points. It has been a decent few weeks for John Isner as he made the quarterfinals of the China Open but the American must be at his best if he wishes to beat Lucas Pouille.

Looking at Lucas Pouille, the Frenchman won his previous match in 3 sets. Pouille lost the opening set 6-7 but controlled the remainder of the match to secure a comfortable win. During the win, Lucas Pouille received serve exceptionally well as he won over 40% of his return points which allowed him to break his opponent’s serve on 4 occasions. The serving was also solid from Pouille as he won 88% of his service games. Pouille is looking in good form and he should be confident as he enters this match.

This will be the first time that John Isner and Lucas Pouille play each other at an ATP event.

Looking at all the information, I am going to pick Lucas Pouille to win this match. John Isner is a quality player but he has not been receiving well and I see that being a big problem against a player like Pouille who has the capability to break the Isner serve. Lucas Pouille is a more balanced player and I see him having enough to defeat John Isner.