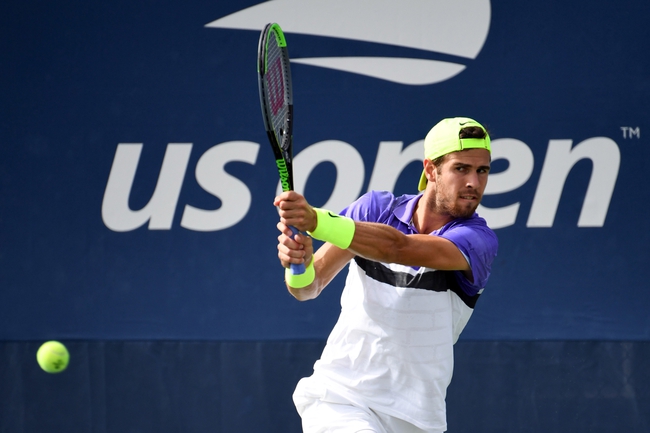 Russian tennis superstar Karen Khachanov has made it into the quarterfinals of the 2019 ATP Kremlin Cup in Moscow. At this stage of the tournament, Karen Khachanov is set to play against Andreas Seppi from Italy.

Andreas Seppi enters this match having won his previous outing in 3 sets. It was a determined performance by Seppi as he lost the opening set but fought back extremely well to win the final 2 sets and the match. The receiving was very strong from Andreas Seppi as the Italian player won 50% of his return points which allowed him to break his opponent’s serve on 7 occasions. While the receiving won Seppi the match, the serving was very poor from the Italian as he lost 4 service games. Andreas Seppi must improve his serving if he wishes to compete with Karen Khachanov.

Karen Khachanov and Andreas Seppi have played each other once in the past. The match was played in 2016 at ATP Vienna where Karen Khachanov won in straight sets.

Andreas Seppi has had a good tournament but I see him losing this match. Khachanov is the stronger player and he seems to be boosted by the fact that he is playing on home soil. I see a big difference in skill and that makes me predict that Khachanov will win in straight sets.