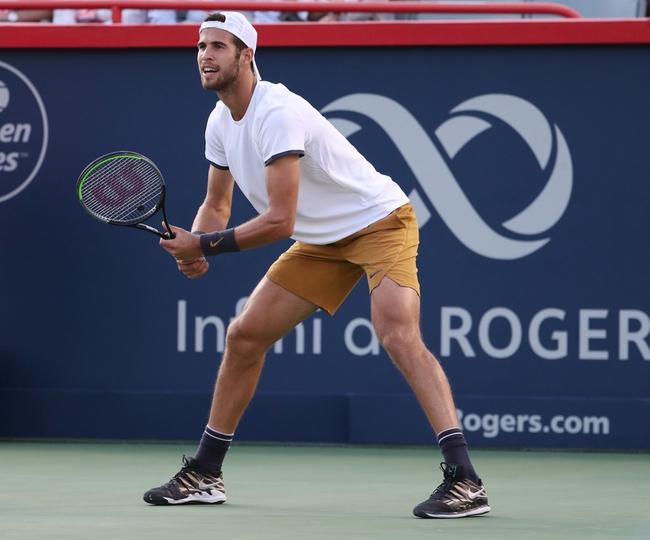 Russian tennis superstar Karen Khachanov is set to play at the 2019 Mubadala World Tennis Championships in Abu Dhabi. Khachanov will begin his tournament against Hyeon Chung from South Korea.

24 months ago, Hyeon Chung was considered to be one of the biggest prospects in world tennis. Unfortunately, for Chung, injury and a loss in form has resulted in a major drop in ranking and the player seems to be incredibly low on confidence. Over the past season, Hyeon Chung has mostly been playing Challenger tournaments with the occasional attempt at the ATP tour. This drop in form is evident by the fact that Hyeon Chung is ranked outside the top 100. This is expected to be an incredibly tough match for Hyeon Chung as he is playing against an elite player in Karen Khachanov.

Looking at Karen Khachanov, the Russian superstar enters this match following a relatively poor 2019 season. Big things were expected from Khachanov following his 2018 Paris Masters victory but the Russian player has failed to live up to those expectations. Karen Khachanov made no finals in 2019 with his most notable performance being a quarterfinal appearance at the French Open. Despite the results in 2019, Karen Khachanov is still ranked 17th in the world and is considered to be an outstanding player. This is a match that Karen Khachanov will expect to win.

This will be the first time that Karen Khachanov and Hyeon Chung will be playing each other in a singles match.

Looking at all the information, I am going to pick Karen Khachanov to win this match. Neither Khachanov nor Chung has been in good form but I still see the Russian being a much stronger player than the South Korean. With that in mind, I see Karen Khachanov getting the victory with some ease.