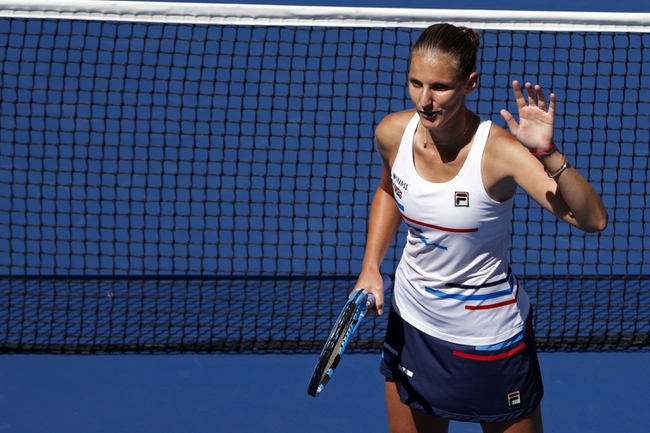 Czech tennis superstar, Karolina Pliskova is set to play against Johanna Konta in the fourth round of the 2019 WTA US Open.

Johanna Konta has looked very impressive in this tournament as she has only lost 1 set in the entire tournament. Konta enters this match having defeated Zhang Shuai in straight sets in the previous round. During the win, Johanna Konta impressed with her serving as the Brit won 85% of her service points which allowed her to win all of her service games. The receiving was also outstanding from Konta as she won 48% of her receiving points which allowed her to break her opponent’s serve on 4 occasions. Konta has only lost 6 games in her last 2 matches which shows the dominance she has shown at this tournament. This is expected to be a much bigger challenge for Johanna Konta as she is playing against the number 3 seed.

Karolina Pliskova and Johanna Konta have played each other 7 times in the past. Pliskova has won on 6 occasions while Konta has only won once. The most recent match between these two players was earlier in the season at Rome where Pliskova won in straight sets.

Despite her current form, I see Karolina Pliskova winning this match. Konta is a solid player but I don’t see her being at the same level as Karolina Pliskova. With the tournament reaching the fourth round, I expect Pliskova to be focussed and that should mean that she is too good for Konta.