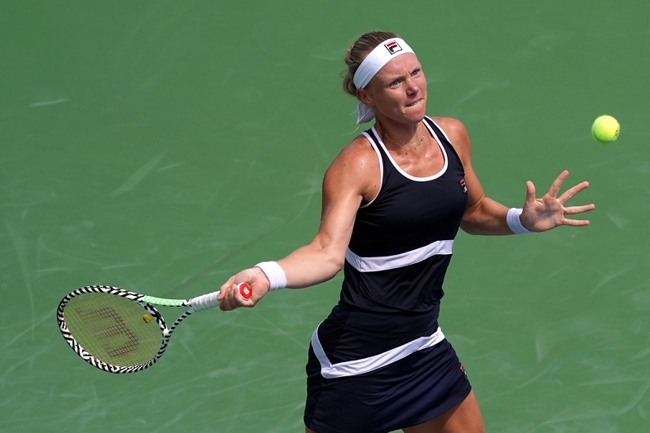 Dutch tennis superstar, Kiki Bertens is set to play at the 2019 WTA US Open in New York. Bertens will begin her tournament against Paula Badosa from Spain.

Paula Badosa made it into this tournament following gaining qualification via the qualifying event. Badosa lost her final qualifying match but she had done enough to secure a spot in the tournament. It has been a strong few months for Paula Badosa as she made the semifinals of both a WTA 125K and the Internazionali Femminili di Palermo. Despite her recent success, Paula Badosa is still only 21 and the Spaniard lacks experience on the biggest stage. This is expected to be a tough match for Badosa as she is playing against the number 7 seed.

Looking at Kiki Bertens, the Dutch superstar last played at the Cincinnati Masters where she lost her opening match to Venus Williams. Bertens also played at the Rogers Cup where she was eliminated in the second round. Despite two poor tournaments, Kiki Bertens has been in outstanding form as she finished second at the Internazionali Femminili di Palermo. In addition to that, Bertens finished second at the Eastbourne International and made the final of the Rosmalen Grass Court Championship. The US Open has never been a strong tournament for Kiki Bertens although she made the third round last season.

Kiki Bertens and Paula Badosa have played each other once in the past. The match was played earlier in the season at the Internazionali Femminili di Palermo where Kiki Bertens won in straight sets.

Taking everything into consideration, I am going to pick Kiki Bertens to win this match. Kiki Bertens is a significantly stronger player and she has been winning big tournaments in 2019. Bertens defeated Badosa earlier in the season and I see the Dutch superstar repeating that result in this fixture.