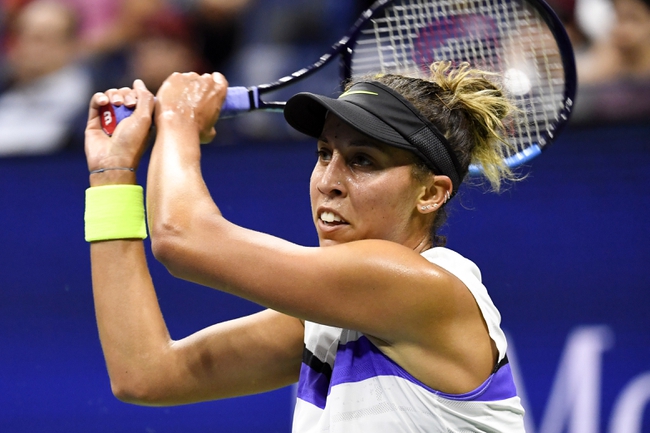 Madison Keys is set to play against Camila Giorgi in the opening round of the 2019 WTA Wuhan Open in China.

Madison Keys enters this tournament following the Pan Pacific Open where she made the quarterfinals. It was a decent tournament for Keys as she made the quarterfinals before retiring during her match against Angelique Kerber. Keys retired when the match was well-balanced due to a foot injury. While the injury doesn’t seem serious, it may be a challenge for Keys to be at full fitness for this match. It has been a strong few months for Madison Keys as she recently won the Cincinnati Masters but she may not be able to play at that level due to her injury.

On the other side of the coin, Camila Giorgi has been outstanding over the past few months as she made the final of both the Citi Open and Bronx Open. Prior to arriving at Wuhan, Giorgi also played at the Pan Pacific Open where lost to Elise Mertens in the quarterfinals. It was a strong tournament for Giorgi as she defeated Sloane Stephens in the second round. The draw at the Wuhan Open has been tough on Camila Giorgi but considering her recent form, she will be confident to challenge Madison Keys.

Camila Giorgi and Madison Keys have played each other 5 times in the past. Giorgi has won twice while Keys has won on 3 occasions. The most recent match between these two players was in 2018 at the Western and Southern Open where Madison Keys won in straight sets.

If Madison Keys in 100% fit, she should win this match. That being said, I don’t see the American being at full fitness and that could be a big problem against a player who has the ability to play long rallies. With that in mind, I am picking Camila Giorgi to win this match.