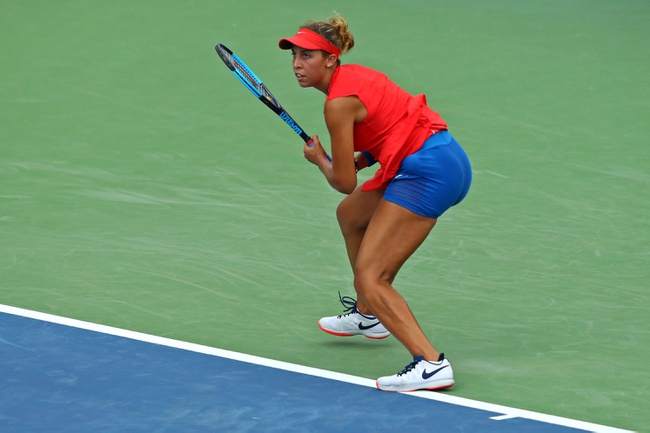 Madison Keys and Garbine Muguruza meet in the first round of the 2019 tennis Cincinnati Open.

Madison Keys is coming off a first match exit in Toronto and has actually lost four of her last five matches overall. In her last match, Keys hit 15 aces and was sharp with her serve overall, but she couldn’t win the big points that decided two tiebreakers. Keys lost to a player ranked outside of the top-250 in Washington, as it’s clearly her return that’s letting her down. If there’s any positive for Keys right now, she’s returning to American soil and made the quarterfinals in Cincinnati last year, her only quarterfinal trip in a Premier 5 Tournament since 2017. Keys needs the crowd to get behind her to get out of this funk. Keys has lost each of her last five matches on hard court.

Garbine Muguruza hasn’t played a match since her opening loss at Wimbledon, and she hasn’t won a match since the third round of the French Open. While we know what Muguruza is capable of regardless of the form she may be in, the lack of reps have to be concerning, as she’s played just four sets since June. Rust is often an issue for players who aren’t playing consistently, and Muguruza isn’t a stranger to throwing out a stinker or two. The good news is Muguruza won Cincinnati in 2017 and made the semifinals here in 2016, so she enjoys these courts. Muguruza has won eight of her last 10 matches on hard court.

These two have played four times and Keys has won three of those matches. However, won the most recent match in 2017 Cincinnati. Two of the four matches were decided in straight sets.

This is a wonderful first round match based on the names, but it’s hard to predict what we’re going to get considering Keys’ struggles and Muguruza’s absence. I’m giving the edge to the American because she has some recent reps under her belt and has shown signs of life despite the losses, she just needs to figure something out with her return. Regardless, when Keys is serving well and piling up the aces, things usually fall into place with the rest of her game. Keys has also beaten Muguruza in three of the four meetings, which has to count for something.