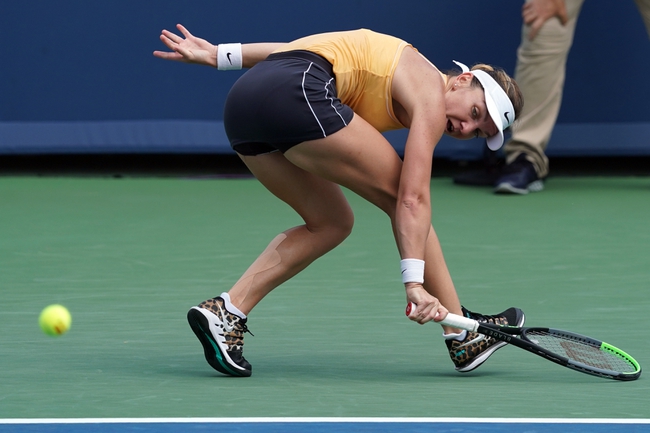 Romanian tennis superstar, Simona Halep has made it into the third round of the 2019 WTA Cincinnati Masters in Ohio. At this stage of the tournament, Simona Halep will play against Madison Keys from the United States.

Simona Halep won her previous match in 3 sets as she defeated Ekaterina Alexandrova from Russia. It was a slow start for Halep as she lost the opening set but she fought back extremely well to win the final 2 sets and the match. During the win, Simona Halep impressed with her receiving as she won close to 40% of her return points which allowed her to break her opponent’s serve on 4 occasions.

Simona Halep has been in outstanding form as she recently won Wimbledon where she defeated the likes of Serena Williams. The Cincinnati Masters has always been an extremely strong event for Simona Halep as she has made the final of this event 4 times since the start of 2015. Halep has not lost prior to the quarterfinals at Cincinnati since 2012.

Simona Halep and Madison Keys have played each other 6 times in the past. Halep has won on 5 occasions while Keys has won once. The most recent match between these two players was in 2016 at the WTA Championships where Simona Halep won in straight sets. Madison Keys’ only win against Simona Halep was in 2014 at the Sydney International.

Madison Keys has looked good in this tournament but I see her losing this match. Simona Halep has been in outstanding form and she is playing her best tennis at the moment. Halep has an outstanding defensive game and I see her being good enough to nullify the power play of Madison Keys. Halep always seems to play her best tennis at Cincinnati and I see than continuing as she wins this match.