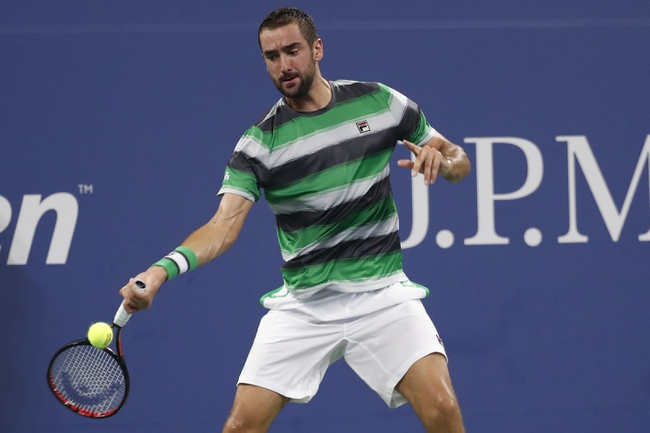 Marin Cilic begins his ATP tour with his first-round match against Filip Krajinovic in the 2020 Marseille Open.

Marin Cilic is trying to regain his form after an up and down 2019 season. Marin Cilic, a former Grand Slam champion, is such an experienced player, he is tall, has a big serve, and an amazing forehand. However, in the last year or so, his serve has not been as powerful as it used to be. Cilic will be extremely determined to have a better 2020 season and potentially achieve a top 10 ranking again. Cilic has a lot of experience and he still has a lot to give on the tennis court. It will be interesting to see how his 2020 season will pan out.

Filip Krajinovic has had an incredible week in Rotterdam. The Serbian player reached the semi-finals against Gael Monfils and was able to put up a fight but ultimately failed. Krajinovic is a strong player mentally and won't give up without a fight. Krajinovic was able to beat an in form Rublev and he will want to bring this form and confidence over to Delray Beach and go far in another tournament. Will he be able to carry over his form and momentum or will it dry up in Marseille?

This will be the first meeting between these two players and it will be a very intriguing one. At the moment, Krajinovic is in better form, but Cilic is such an experienced player with a lot of skills. Krajinovic might also be tired from having played a lot of tennis in the last two weeks. Cilic might be a bit rusty from not having played any tennis in the last few weeks. This will be a tight match, but eventually the experience of Cilic will outlast the tired body of Krajinovic. Expect Cilic to make it to the second-round in Marseille.