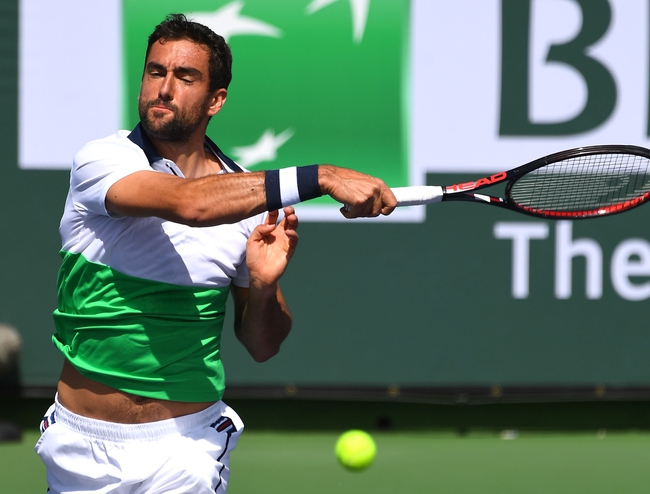 Marin Cilic and Marius Copil meet in the second round of the 2019 tennis Citi Open.

Marin Cilic hasn’t played since getting bounced in the second round of Wimbledon, and he’s split his last six matches overall. Cilic hasn’t been hitting his spots with his serve the way we’re used to seeing and the unforced errors have increased as well. The good news is Cilic has had a lot of time off to recharge the batteries and get his game back on track. Cilic also usually thrives on hard court where his power serve is most effective. Cilic has lost his opening match three times since Miami. Cilic has lost four of his last five matches on hard court.

These two have split the previous four matches with Copil winning the most recent in 2018 Basel. All four matches took place on hard court and two of the four matches went the distance.

Copil has the advantage of beating Cilic twice in four meetings and he’s coming off a solid serving performance. The problem is Copil has done very little on the main tour and doesn’t string wins together much these days. It’s only a matter of time before Cilic gets back on track and these fast hard courts play to his advantage.