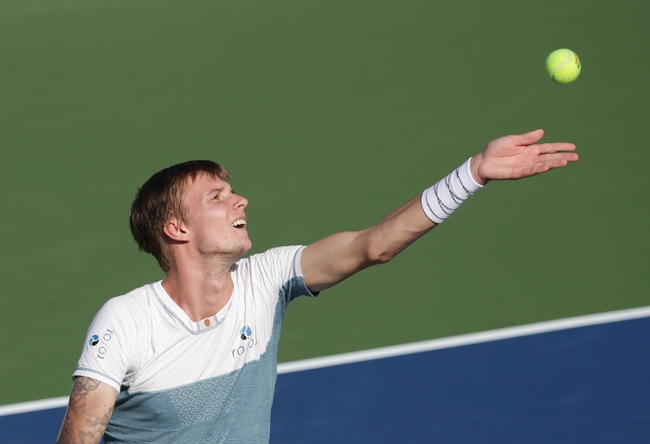 Marton Fucsovics has had a very good start to 2020. Fucsovics beat Denis Shapovalov in the first-round of the 2020 Australian Open and was able to take a set off of Roger Federer in the third round. Fucsovics is a highly consistent player who is able to play extremely long rallies without missing. Fucsovics is one of the dying breeds of players who are known as 'hackers'. This is because Fucsovics is able to just continue to play and let his opponents make the mistakes which then he capitalises on. Fucsovics went out of the 2020 Rotterdam Open in a match which he could have won if he had played even 1% better. Fucsovics will want to have a better tournament here in Marseille, but he meets Bublik in the first-round.

Alexander Bublik is one of the most exciting players to watch on the tour as his style of play is so unorthodox and confusing that opponents do now know how to play him sometimes. Bublik has an amazing serve, and his shot making abilities are very similar to Kyrgios. Bublik had a great week in Rotterdam and eventually lost to a highly confident Rublev. Bublik can win titles, but it really comes down to if he applies himself. Bublik is similar to Kyrgios in that sense, he is filled with talent, but lacks the motivation and the focus to be able to win consistently.

This will be the first meeting between both players and a very interesting one for sure. Fucsovics is a great player and is extremely consistent, however, Bublik has been in better form in the last few weeks. This will come down to whether Bublik can concentrate and maintain his composure. If Bublik can, then he makes it to the second-round.