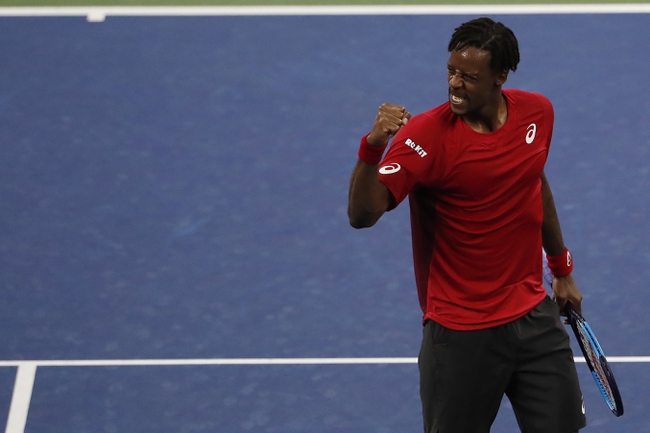 Matteo Berrettini and Gael Monfils meet in the quarterfinals of the 2019 tennis US Open.

Gael Monfils is coming off a straight sets win over Pablo Andujar-Alba that took 23 games to decide. In the victory, Monfils won 73 percent of his first serve points and 81 percent of his second serve points. Monfils won 75 percent of his total service points and converted on six of his 10 break points. Monfils got 75 percent of his first serves in play, didn’t face a single break point and hit eight aces. It was a very clean performance from Monfils, and he’s now won three of his four matches in straight sets. Monfils has also now won four matches in two of his last three tournaments. Monfils looks to make his third career grand slam semifinal and first since the 2016 US Open. Monfils is 2-6 in previous grand slam quarterfinal matches. Monfils has won eight of his last 10 matches on hard court.

Berrettini easily beat a red hot Rublev and has been spraying winners left and right this entire tournament. However, Berrettini has a little more to prove considering the competition, as he hasn’t had the toughest road to get to this point and his unforced errors could also hurt him eventually. Monfils is capable of beating anybody in this field when he’s playing disciplined tennis, and he’s been very sharp through four matches.

It’s been the story of Monfils’ career, never being able to take that next step and falling short due to bizarre play. This is the Frenchman’s chance to make a rare grand slam semifinal. Give me Monfils.