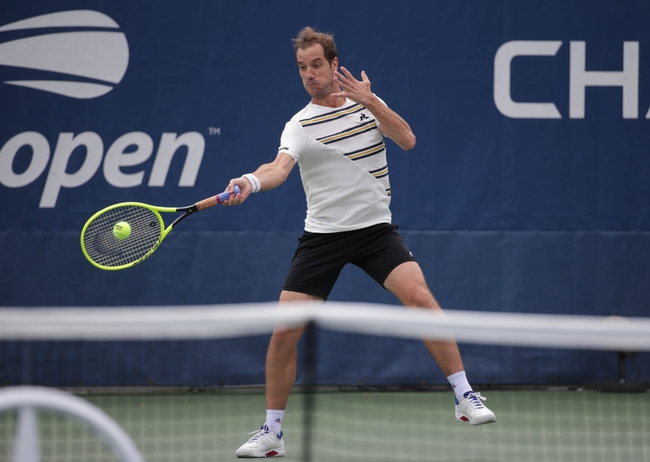 Richard Gasquet looks to get back on track after an injury ridden 2019 season as he meets Mikael Ymer in the first-round of the 2020 Marseille Open.

Mikael Ymer is one of the most exciting up and coming players at the moment. Ymer impressed through 2019 and was able to get himself a spot at the NextGen Finals in Milan. Ymer's serve, and his shot making abilities allow him to win matches in which he shouldn't even be considered to win. Mikael can become a real challenger in these tournaments if he continues to improve his game and finds more of a consistent pattern of play. Ymer will want to have his breakthrough season in 2020 and he definitely will be able to if he continues to play the way he did in 2019.

Richard Gasquet had a terrible 2019 season. The former French prodigy, had an injury rigged season which saw him struggle to come back until the second half of the year. Gasquet used to have so much potential, he was even compared to Roger Federer, but injuries and confidence issues ruined his chances of ever achieving that level of greatness. Gasquet, however, has begun to find his form again, and he will see the 2020 season as a redemption season where he can get back to where he deserves both in the rankings, but also in the hearts of tennis fans. Gasquet is talented, his backhand is superb and his passion for the game is incredible. Hopefully he can have a great 2020 season.

This will be the first meeting between the two players, and with this being in Marseille, I see Gasquet winning this encounter. Gasquet is the more experienced player and he will want to impress his home crowd. Ymer is great, but he lacks experience, and I believe that Gasquet will capitalise on this and book his spot in the second-round.