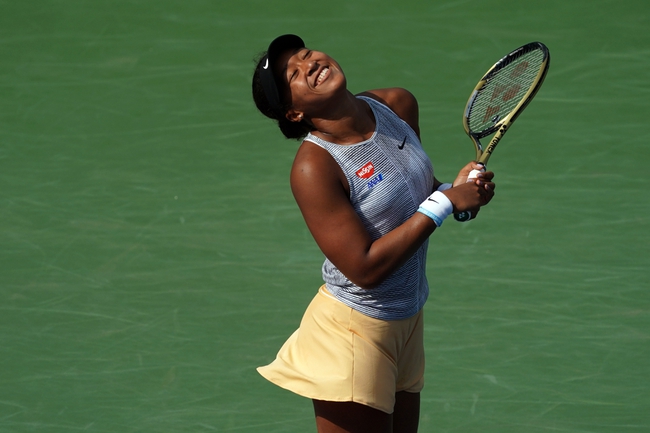 Naomi Osaka and Anna Blinkova meet in the first round of the 2019 tennis US Open.

Naomi Osaka is coming off a quarterfinal trip in Cincinnati and has split her last eight matches overall. It’s been an up-and-down year for Osaka, as she’s had issues with consistency and only shows flashes of the players she’s capable of being. When Osaka isn’t on her game, she struggles with her serve and the unforced errors takeover her game. Each of Osaka’s last three matches have gone the distance and she struggled with a knee injury in Cincinnati. Needless to say, Osaka enters the US Open with a lot of uncertainty. Osaka has lost in the first round of a grand slam twice in her career, including this years Wimbledon. Osaka has won four of her last six matches on hard court.

Anna Blinkova was playing in a Bronx quarterfinal match at the time this draw was released, so who knows how much rest she’ll have entering this tournament. Blinkova has put together some nice victories as of late, but nothing obviously surpasses the level of this tournament against this opponent. At 20 years old, Blinkova is still very raw to the big stage and has very little success in bigger tournaments. Either way, Blinkova enters this event with some momentum and recent success in New York. Blinkova has made it out of the first round of a grand slam three times in her career. Blinkova has never before beaten a top-10 player in the world. Blinkova has won four of her last five matches on hard court.

Who knows what to expect from Osaka and if the knee is going to hold up. Assuming she’s healthy, Osaka wins this match in straight sets. Blinkova lacks the experience against quality players and simply being on the big stage. Osaka usually thrives on these hard courts and has the power to hit through the 20-year-old.

With all that said, I’d take a wait and see approach before putting any serious coin on Osaka given the questions about her health.