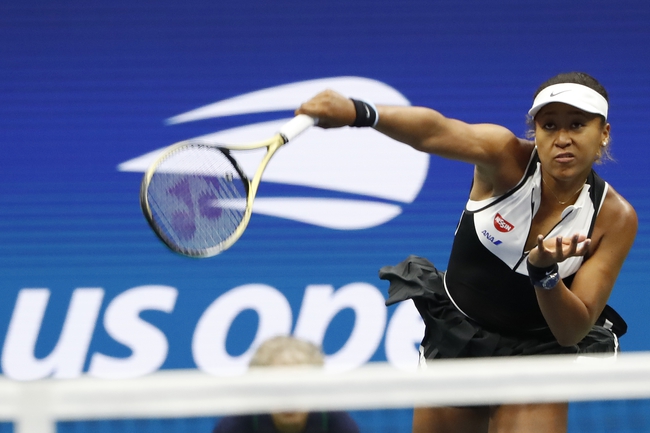 Japanese tennis superstar Naomi Osaka has made it into the quarterfinals of the 2019 WTA Brisbane International in Australia. At this stage of the tournament, Naomi Osaka will play against Kiki Bertens from the Netherlands.

Naomi Osaka enters this match having defeated Sofia Kenin in 3 sets in the previous round. It was a determined performance by Osaka as she lost the opening set but fought back strongly to win the final 2 sets and the match. During the victory, Osaka impressed with her receiving as she won 45% of her receiving points which allowed her to break her opponent’s serve on 5 occasions. Furthermore, Naomi Osaka also won 93% of her service games which allowed her to control the match. Naomi Osaka looks in exceptional touch and she will be playing with lots of confidence as she enters this court.

Looking at her opponent, Kiki Bertens won her previous match in 3 sets. It was a close contest but Bertens won vital points in the final set to secure the win. During the win, Kiki Bertens won 79% of his service games and 4 return games. This is expected to be a tough match for Kiki Bertens since she is playing against an elite player in Naomi Osaka.

Naomi Osaka and Kiki Bertens have played each other twice in the past with both players winning on 1 occasion. The most recent match between these two players was in 2018 with Bertens winning after Osaka was forced to retire at the end of the opening set.

Looking at all the information, I am going to pick Naomi Osaka to win this match. Osaka has been in exceptional touch over the past few matches and she seems to have returned to her best. Bertens is a strong player but I don’t see her having enough to challenge Osaka.