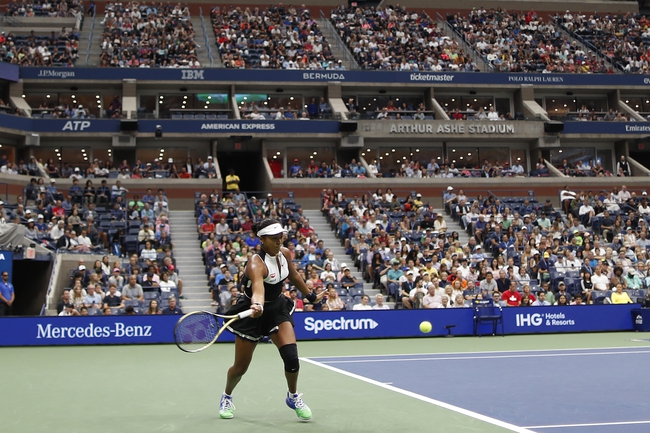 Defending Australian Open champion, Naomi Osaka has made it into the second round at Melbourne Park. Osaka will play against Zheng Saisai from China.

Zheng Saisai enters this match having won her opening fixture in straight sets. It was a comfortable win for Zheng as she won 89% of her service games and 4 return games. The receiving was especially strong from Zheng Saisai as she won over 50% of her return points. The Australian Open has always been a tough tournament for Zheng as she has never made it past the second round at this tournament. This is expected to be a challenging match for Zheng Saisai since she is playing against the number 3 seed.

On the other side of the coin, Naomi Osaka looked comfortable as she defeated Marie Bouzkova in straight sets. The serving looked strong from Naomi Osaka as she hit 7 aces which helped her win 83% of her service points and 89% of her service games. Osaka also won 4 return games. Osaka has developed into an outstanding player and she seems to be back to her best following a few months around Wimbledon in 2019. Naomi Osaka has an outstanding record at the Australian Open and she looks like a genuine contender to defend her title.

Naomi Osaka and Zheng Saisai have played each other twice in the past with both players winning on 1 occasion. The most recent match between these two players was in 2016 at the Madrid Masters where Naomi Osaka won in straight sets.

Zheng Saisai is expected to challenge Osaka but I don’t see the Chinese player having enough to stop the defending champion. Naomi Osaka has looked in outstanding touch and I see her having too much power and precision for Zheng Saisai. I see Osaka winning in straight sets.