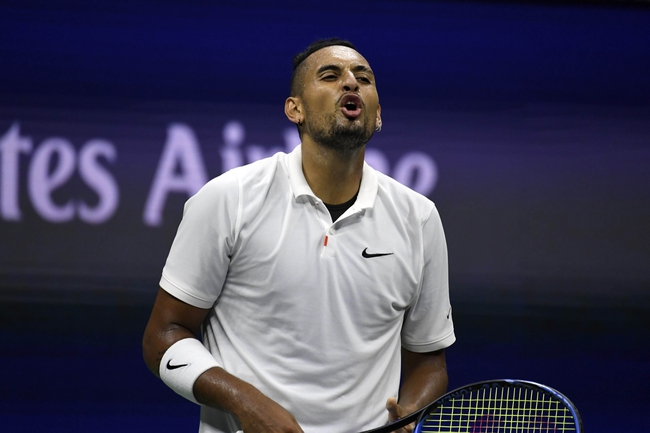 Nick Kyrgios makes his first tournament appearance in 2020 since the Australian Open when he meets Tommy Paul in the first-round of the 2020 Delray Beach Open.

Nick Kyrgios has been highly impressive as of recent. Since his suspended ban from the game, Kyrgios has had his emotions under control and let his game do the talking. I will always say that if Kyrgios wanted to be, he could be up there with Nadal, Federer, and Djokovic. Kyrgios has the talent, he has the power, and he has the precision. Kyrgios could be a Grand Slam champion if he applied himself a bit more. It will be interesting to see how successful he can be in 2020, the sky is the limit for Nick Kyrgios.

Tommy Paul has also had an impressive start to 2020. In Australia, Paul knocked out Grigor Dimitrov in a match where Paul showed us his strength and speed around the court. Tommy Paul is more of a challenger level player but he sometimes is able to shine through in these sorts of tournaments. The American will be determined to make a bigger name for himself in 2020, and if he keeps improving his game, he definitely will.

This will be the first meeting between both players and it will be a very entertaining one. Kyrgios has the ability to win this match in straight sets, and can make it entertaining as ever. Kyrgios is fun to watch, he is one of the most talented players on tour, and he is so unpredictable. Tommy Paul will have to pull something out of the bag if he wants to have a chance of beating Kyrgios here.