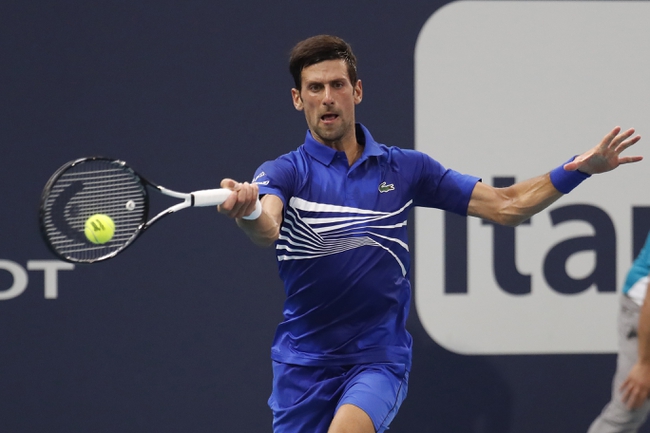 Novak Djokovic has made it into the final of the 2020 ATP Australian Open. At this stage of the tournament, Novak Djokovic will face Dominic Thiem from Austria.

The Australian Open has been an incredible tournament for Djokovic throughout his career as he has won the title 7 times in the past. Novak Djokovic enters this match in supreme form as he has not lost a match in 2020. In the previous round, Djokovic defeated Roger Federer in straight sets. While it is safe to suggest that Federer was not at his best, the manner of victory for Djokovic was impressive. The receiving was very strong from Novak Djokovic as he won 42% of his receiving points which allowed him to break his opponent’s serve on 4 occasions. Novak Djokovic is hugely experienced and he will be hoping to use that as an advantage in this match.

On the other side of the coin, Dominic Thiem defeated Alexander Zverev in 4 sets in the previous round. It was an extremely close match but Thiem found a way to win the big points which allowed him to be victorious. During the win, Dominic Thiem won close to 80% of his service games and 4 return games. Dominic Thiem has made 2 prior Grand Slam finals but he has never won a Grand Slam title. This will be a very tough match since Thiem is playing the number 2 seed.

Dominic Thiem and Novak Djokovic have played each other 10 times in the past. Djokovic has won on 6 occasions while Thiem has won 4 times. The most recent match between these two players was in 2019 at the ATP Finals where Thiem won in 3 sets.

Dominic Thiem has been tremendous throughout this tournament but he has never won a Grand Slam title, and that is a big disadvantage. Novak Djokovic, in comparison, has won 16 Grand Slam titles and playing for such big stakes will be nothing new for the Serb. I am expecting Thiem to produce a good performance but in the end, I am expecting Novak Djokovic to win this match.