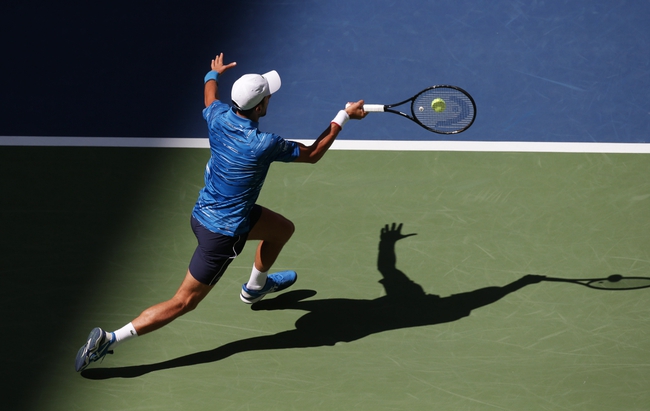 In the third round of the 2019 ATP Shanghai Masters, Novak Djokovic is set to play against John Isner from the United States.

John Isner was very impressive in the previous round as he defeated Lucas Pouille in straight sets. As usual, Isner served exceptionally strongly as he hit 19 aces and won over 80% of his service points. Isner won all of his service games but the main reason for the victory was his receiving. Isner managed to break Lucas Pouille’s serve on 2 occasions. Isner only won around 33% of his points but the American managed to capitalize on important points which allowed him to win 2 return games.

On the other side of the coin, Novak Djokovic enters this match having defeated Denis Shapovalov in straight sets. It was a comfortable win for Novak Djokovic as he won 100% of his service games and 3 return games. It has been a strong few weeks for Novak Djokovic as he recently won the Japan Open. Djokovic has been an absolute master at the Shanghai Masters as he has won the title on 4 occasions. Looking at Novak Djokovic's play, the Serbian superstar looks in total control of his game and that makes him very tough to beat.

John Isner and Novak Djokovic have played each other 11 times in the past. Novak Djokovic has won on 9 occasions while Isner has won only twice. The most recent match between these two players was in 2018 at the ATP Finals where Djokovic won in straight sets. Isner has not beaten Djokovic outside of the US.

If John Isner can maintain his strong serving, he has a chance to cause an upset but I don’t see that happening. Novak Djokovic is looking very impressive and I see the Serbian breaking Isner’s serve. Djokovic is playing with great control and confidence and I see him having too much for John Isner in this match.