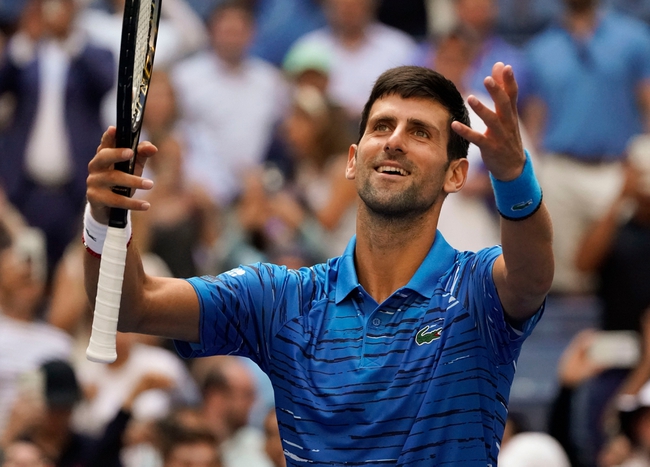 The Line: -- Over/Under:er: Click to Get Latest Betting Odds

Novak Djokovic and Juan Londero meet in the second round of the 2019 tennis US Open.

Novak Djokovic is coming off a straight sets win over Roberto Carballes Baena that took 27 games to decide. In the victory, Djokovic won 84 percent of his first serve points and 66 percent of his second serve points. Djokovic won 77 percent of his total service points and converted on four of his 11 break points. Djokovic got 60 percent of his first serves in play, didn’t face a single break point and hit four aces. It was a routine match for Djokovic that was decided in under two hours, but he’s capable of playing at another level, which makes him so scary at this point. Djokovic has lost once before the third round of a grand slam since 2009, which came in the 2017 Australian Open. Djokovic has won four of his last five matches on hard court.

Londero has really flexed his muscle this season and has shown early that he’s capable of playing on the big stage while giving quality players a run for their money. However, Djokovic is a completely different ballgame and you can expect an even cleaner effort after some shaky play here and there in his first three sets.

Londero should be down force a competitive match, but I still side with Djokovic in straights.